Originally Published by: Construction Dive — November 8, 2022
SBCA appreciates your input; please email us if you have any comments or corrections to this article.

An increasing number of multifamily projects are incorporating offsite construction, as more developers take advantage of its quicker timelines, according to a 2022 Modular Building Institute report. 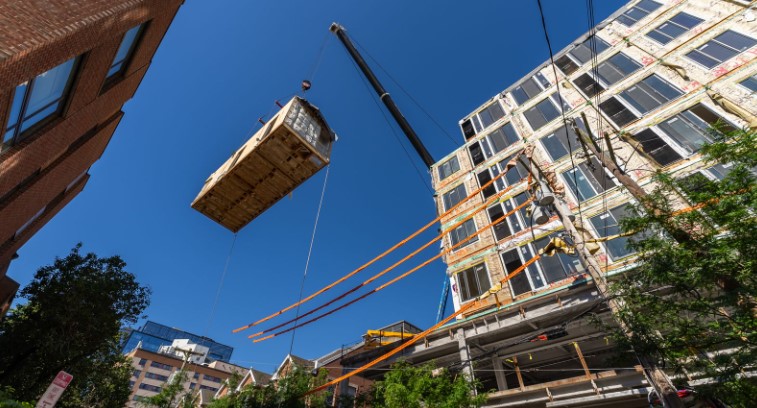 The multifamily market remains the fastest-growing segment in the modular construction industry. The sector took up about 23% of the commercial modular output last year, according to the MBI report.

That higher adoption in the sector belies the broader trend for modular building, which has just a 5.52% penetration rate across all types of construction. From a multifamily perspective, keeping modular simple — with a single design for each apartment type, using smaller pods within pods and employing standardized building layouts — has been critical to its success.

Developers also like offsite techniques because projects can continue during winter months with little interruption, which is not possible for site-built construction in much of the U.S., said Anirban Basu, chief economist at Associated Builders and Contractors.

Speed to market is also one of the main benefits of a modular project, said Derrick Seitz, senior project manager and modular expert at Windover, a Beverly, Massachusetts-based construction company that offers multifamily modular solutions for clients. 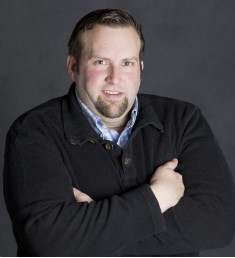 Contractors also say that they realize green and safety benefits with modular building.For instance, it reduces construction waste and eliminates the potential for jobsite falls, the No. 1 cause of construction deaths.

But while contractors and developers say the benefits of modular apartment building are many, a lower price is not one of them.

“One thing we always make clear at the forefront with clients considering modular is that the construction costs are the same as conventional methods,” said Seitz. “What modular allows you to do is deliver the product sooner than conventional methods… that’s usually the selling point.” 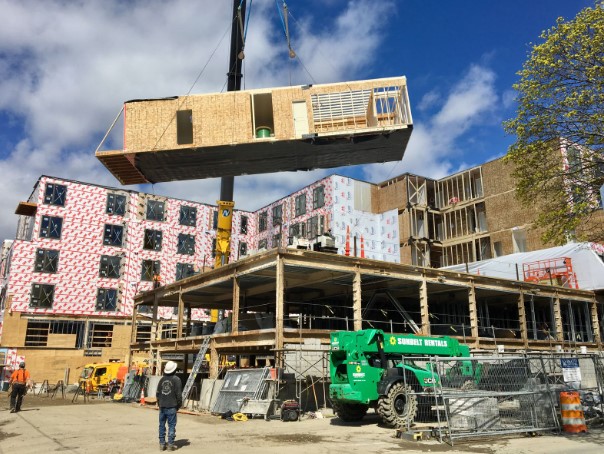 “Time is very important in our financial equation,” said Lopes. “Our pods are actually more expensive than building outside but it saves us on average two and half months in our construction time. That’s significant and it makes sense for us to do it that way.”

Lopes said working with prefabricated pods currently costs about 3% to 5% more than traditional construction, but he expects to bring that cost down with the opening of a new factory. The pods are fully fitted with fixtures and MEP at the factory then shipped to the site for installation. The pods consist of prefabricated bathrooms, kitchens and utility closets.

Resia plans to build a 200,000-square-foot pod manufacturing facility in Panama City Beach, Florida, to produce about 20,000 pods a year, said Lopes. He expects the facility to start operations in 2024, and aims to deliver 8,000 new apartments in the Sun Belt annually by 2025. 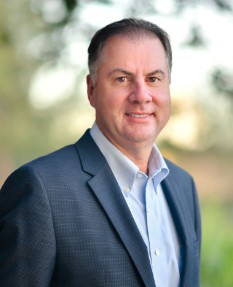 Greystar, the largest multifamily developer in the U.S., also has plans to open an offsite manufacturing factory in Knox, Pennsylvania. A wholly owned subsidiary of Greystar, Modern Living Solutions, purchased the 256,000-square-foot industrial factory in 2020 to prefabricate modular bathrooms.

Even the Biden administration is promoting modular construction in an initiative to help close the housing supply gap within five years. The plan provides funding for affordable housing production and increases federal financing options for these types of projects.

Builders who specialize in modular construction, however, have found ways around these challenges.

Windover’s multifamily division takes up about 60% of its annual portfolio of work, and within that, about 15% is modular, said Seitz. The company has developed databases and matrices on how to show trades what they need to do once a modular box is installed. It does not own its own factory, but rather partners with different modular manufacturers.

“It’s definitely a learning curve,” said Seitz. “Windover has invested in educating ourselves over the years on how to tactfully set expectations for our trade partners.” 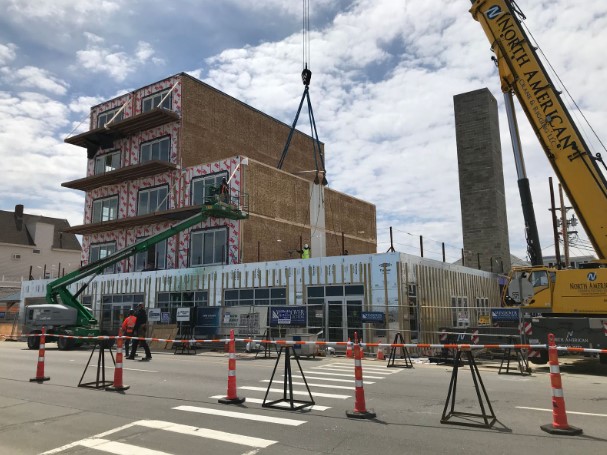 Seitz added it also helps to be involved from the beginning of a project at the design phase to help guide the design of the MEP systems to be better suited for modular installations.

“Most of our volumetric construction comes from the New England region or just north in Canada,” said Seitz. “The further away a factory is from the project site, the less economical it starts to become due to transportation and logistics.”

That is largely because of the different parameters states have in their transportation regulations, said Dafna Kaplan, founder and CEO of Cassette, a Los Angeles-based modular construction firm for multifamily housing and hotels. For example, any trailer over 15 feet wide would need a police escort in California, while other neighboring states might have a requirement for over 20 feet.

“Think about the origin of where the volumetric module is coming from and where it’s going, that’s a big part of how you look at the economics of the project,” said Kaplan. “It is also one reason that it becomes very difficult to hard bid a modular project because they’re not apples to apples.”

Cassette’s approach is to take this complication out of the mix by offering products at a fixed price that includes installation in every location it serves, said Kaplan. In other words, Cassette handles the supply chain strategy, logistics and just-in-time delivery, so that “a general contractor does not also have to become an expert in logistics to be successful,” she said.

Lopes gets around transportation challenges by shipping prefabricated pods, such as bathrooms, kitchens and utility closets. Those pods are then transported with a tractor trailer and do not need as much space to store them once on site.

To do this, the core of Resia’s buildings are exactly the same. Its one-, two- and three-bedroom apartment layouts are identical across its developments.

“If you have developers that have three or four different unit types, [modular construction] becomes very inefficient,” said Lopes. “I don’t think that modular construction is efficient to replace traditional construction. It is efficient if you have a standardized product, and smaller pods made offsite that you then install immediately on site. It makes a lot of sense for us, I’m not sure if it makes a lot of sense for other companies.”

Kaplan agrees that one product offering remains the best approach for modular builders, at least in the initial stages of adoption.

“If we’re going to change things to a manufacturing process and disrupt the way that a building is built, the idea of doing that with 16 different products and then trying to educate the subcontractor community and the general contractors, it’s a lot,” said Kaplan. “So, we believe that our approach to that and distilling it down to one product is because we believe that the industry first has to learn this process, and we will use a similar process for every subsequent product.”

As more builders increase their modular adoption, that should open the door to more design flexibility, she added.

“If enough customers invest in purchasing the one-bedroom product that Cassette has designed, of course we’re going to launch another product and another product,” said Kaplan. “That’s the hope.”

However, distance from factory to field is only part of the mechanism to determine total cost, said Vaughan Buckley, CEO of Volumetric Building Cos., a Philadelphia-based modular construction firm. He added ultimately the deciding factor is a bit more nuanced.

“Whether modular construction is viable in a particular site or not is a relatively simple equation of two things: how much labor costs are in the market the building is going to and how available that labor is,” said Buckley. “The answer to those questions will determine the maximum distance modules can be shipped and whether it’s feasible for the job.” 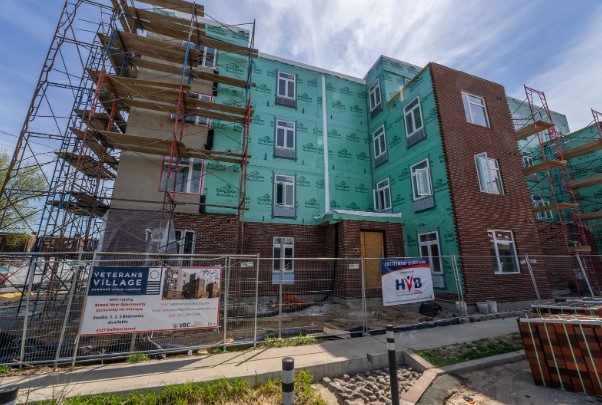 Veterans Village, a modular project from Volumetric Building Cos., is a 47-unit affordable housing community for veterans in Philadelphia.

Labor shortages, most contractors’ No. 1 challenge, should continue to fuel interest in modular construction, experts say.

Tom Hardiman, executive director at MBI, said that modular’s market share is forecasted to grow to 10% over the next five years from 5.52% in 2021, according to the MBI report.

“We do anticipate volumetric and offsite construction increasing due to the decreasing numbers of skilled tradesmen in the field,” said Seitz. “While the factories are also seeing a dropoff in skilled trades, they are slightly more successful in the recruiting and retaining of skilled trades due to the work being in a conditioned and controlled environment.”

“There’s a ticking time bomb in terms of skilled labor. We don’t have an immigration policy, if you don’t have a policy, then you’re not replacing those trades,” said Lopes. “Skilled labor is getting more difficult to get [and] it’s going to get worse. We think that’s the biggest threat to our growth.”