Originally Published by: SBCA Magazine by Sean Shields — May 4, 2021
SBCA appreciates your input; please email us if you have any comments or corrections to this article.

">NAHB — August 18, 2021
SBCA appreciates your input; please email us if you have any comments or corrections to this article.

According to NAHB’s analysis of data from the Census Bureau’s Quarterly Starts and Completions by Purpose and Design, there were approximately 10,000 single-family built-for-rent starts during the second quarter of 2021. Over the last four quarters, 42,000 such homes began construction, which is an 8% gain compared to the 39,000 estimated SFBFR starts for the four prior quarters.

Given the small size of this market segment, the quarter-to-quarter movements typically are not statistically significant. The current four-quarter moving average of market share (3.7%) remains higher than the historical average of 2.7% (1992-2012) but is down from the 5.8% reading registered at the start of 2013. 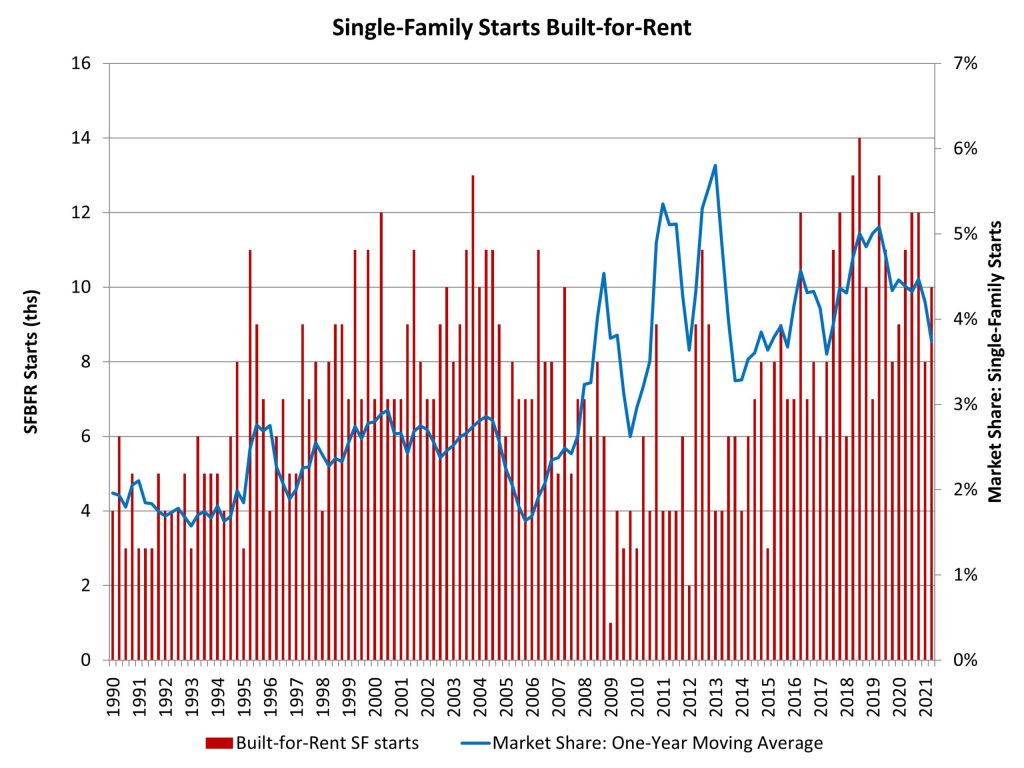 With the onset of the Great Recession and declines in the homeownership rate, the share of built-for-rent homes increased in the years after the recession. While the market share of SFBFR homes is small, it has been trending higher. As more households seek lower density neighborhoods and single-family residences, but some may do so from the perspective of renting, the SFBFR market will likely expand in the quarters ahead as the economy recovers from the virus crisis.