Chart: Single-Family Permits Down, Multi-Family Up

Originally Published by: NAHB — November 15, 2022
SBCA appreciates your input; please email us if you have any comments or corrections to this article. 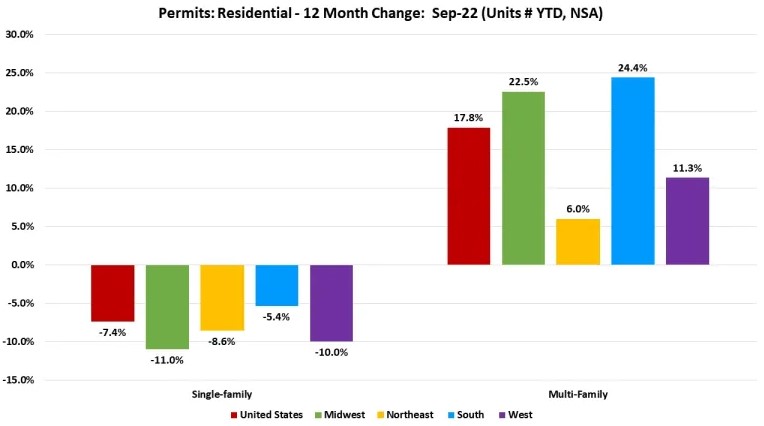 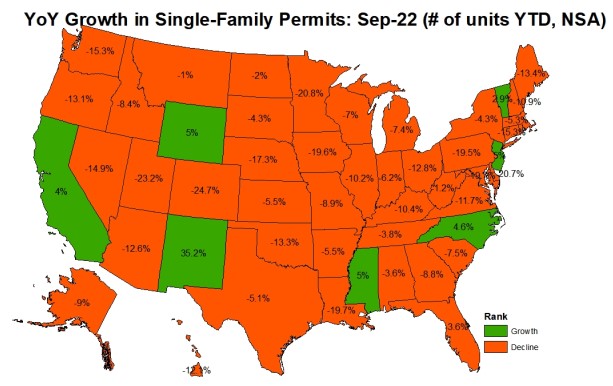 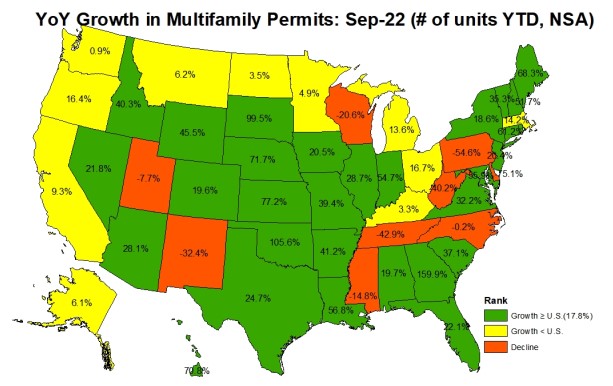 At the local level, below are the top ten metro areas that issued the highest number of single-family permits.

For multifamily permits, below are the top ten local areas that issued the highest number of permits.