BCMC 2022 descended on Columbus, Ohio, and made an indelible mark on the industry. By all accounts, it was the most well-attended show since 2006. Nowhere was it more evident than on the vibrant exhibition floor, where 105 exhibitors filled 58,800 square feet! Valuable conversations and demonstrations were still going strong until the end of the Industry Celebration that closed out the show on Thursday afternoon (page 16). 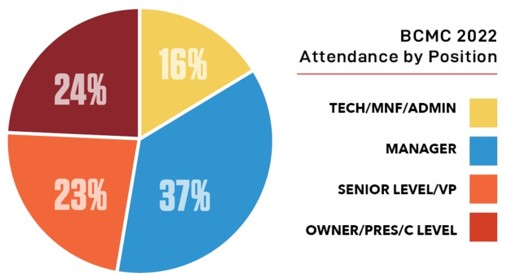 The twelve education sessions were full of people and facilitated a strong exchange of ideas. Some of those ideas have been captured on the following pages (pages 18-31), which include the thoughts of the many industry veterans and experts who took the stage this year.

All of it, though, was nearly eclipsed by the attendance at the kick-off session where 784 people showed up to hear NFL legend Emmitt Smith share what motivated him toward a successful career in football and business. If you missed it, be sure to read his highlight reel (page 14). To put this in perspective, more people showed up for his speech than were registered as attendees for BCMC in 2021! The economic forecast also had a very strong showing, with 591 people listening to Zonda’s chief economist, Ali Wolf, as she delivered her prognosis for housing over the next 18 months.

The table below puts BCMC 2022 participation in context of recent shows, and the chart above breaks down the level of leadership attendees hold within their companies. 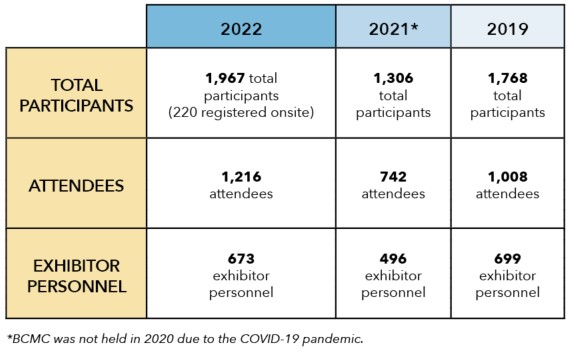