Originally Published by: EHS Today — June 6, 2022
SBCA appreciates your input; please email us if you have any comments or corrections to this article.

In the AFL-CIO 2022 edition of “Death on the Job, The Toll of Neglect,” released in April 2022,  the numbers tell a startling story.

Other statistics from the report include almost 3.2 million work-related injuries with a job fatality rate of 3.4 per 100,000 workers. 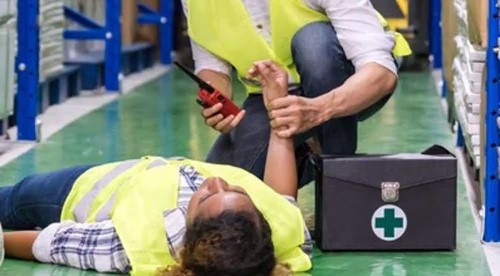 The report says that this figure might not be an actual one due to underreporting, which it said is widespread, and so put the true toll of work-related injuries and illnesses at 5.4 million to 8. 1 million per year.

When looking at the cost of this, the report puts the figure at between $176 billion to $352 billion a year.

However,  in addition to those grim figures,  there are some good statistics. The report notes that due to The Occupational Safety and Health Act, which has been in effect for more than 50 years,  647,000 workers' lives have been saved.

The report also notes that federal job safety agencies have improved worker safety by issuing regulations on many hazards as well as on silica and coal dust among others.

But more work needs to be done according to the report. “The nation must renew its commitment to protecting workers from job injury, disease and death, and make this a high priority. Employers must meet their responsibilities to protect workers and be held accountable if they put workers in danger. Only then can the promise of safe jobs for all of America’s workers be fulfilled. There is much more work to be done to ensure the fundamental right to a safe job is a reality for all.”

The report makes some recommendations and here are a few: