Originally Published by: NAHB — April 8, 2022
SBCA appreciates your input; please email us if you have any comments or corrections to this article.

According to the latest May 2021 Bureau of Labor Statistics (BLS) Occupational Employment and Wage Statistics (OEWS) and analysis by the National Association of Home Builders (NAHB), half of payroll workers in construction earn more than $49,070 and the top 25% make at least $75,820. In comparison, the U.S. median wage is $45,760, while the top quartile (top 25%) makes at least $68,590.

The OES publishes wages for over 400 occupations in construction. Out of these, only 58 are construction trades. The other industry workers are in finance, sales, administration and other off-site activities. 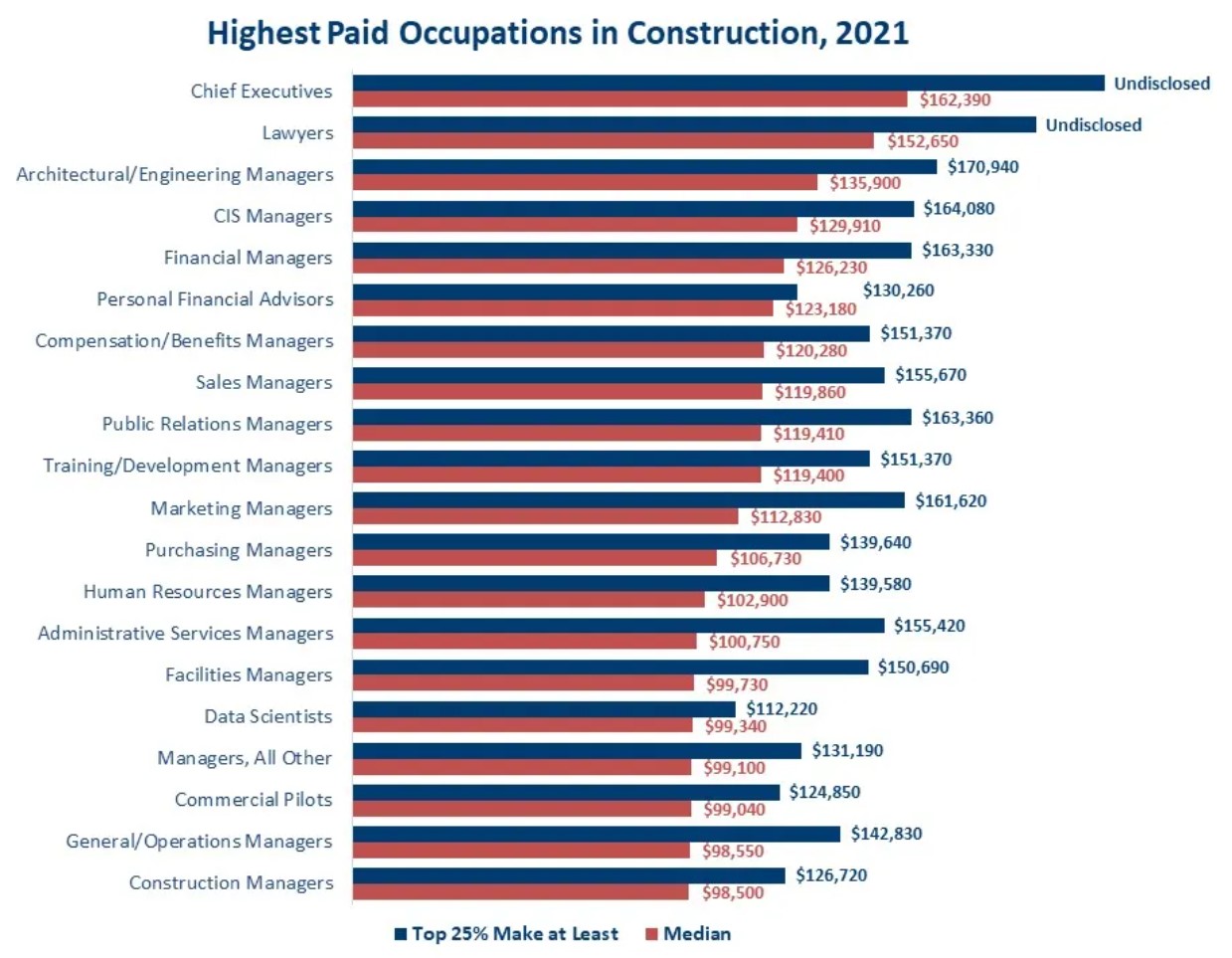 Among construction trades, elevator installers and repairers top the median wages list with half of them earning over $98,600 a year, and the highest paid 25% making at least $120,950. Pile driver operators are next on the list, with half of them making over $77,030 and top quartile earning at least $96,440. First-line supervisors of construction trades are third on the list. Their median wages are $72,600, with the top 25% highest paid supervisors earning in excess of $91,310.

In general, construction trades that require more years of formal education, specialized training or licensing tend to offer higher annual wages. Median wages of construction and building inspectors are $61,360 and the wages in the top quartile of the pay scale exceed $78,940. Half of plumbers in construction earn over $59,810, with the top quartile making over $78,190. Electricians’ wages are similarly high.

Carpenters are one of the most prevalent construction crafts in the industry. The trade requires less formal education. Nevertheless, the median wages of carpenters working in construction exceed the national median. Half of these craftsmen earn over $48,420 and the highest paid 25% bring in at least $62,370. 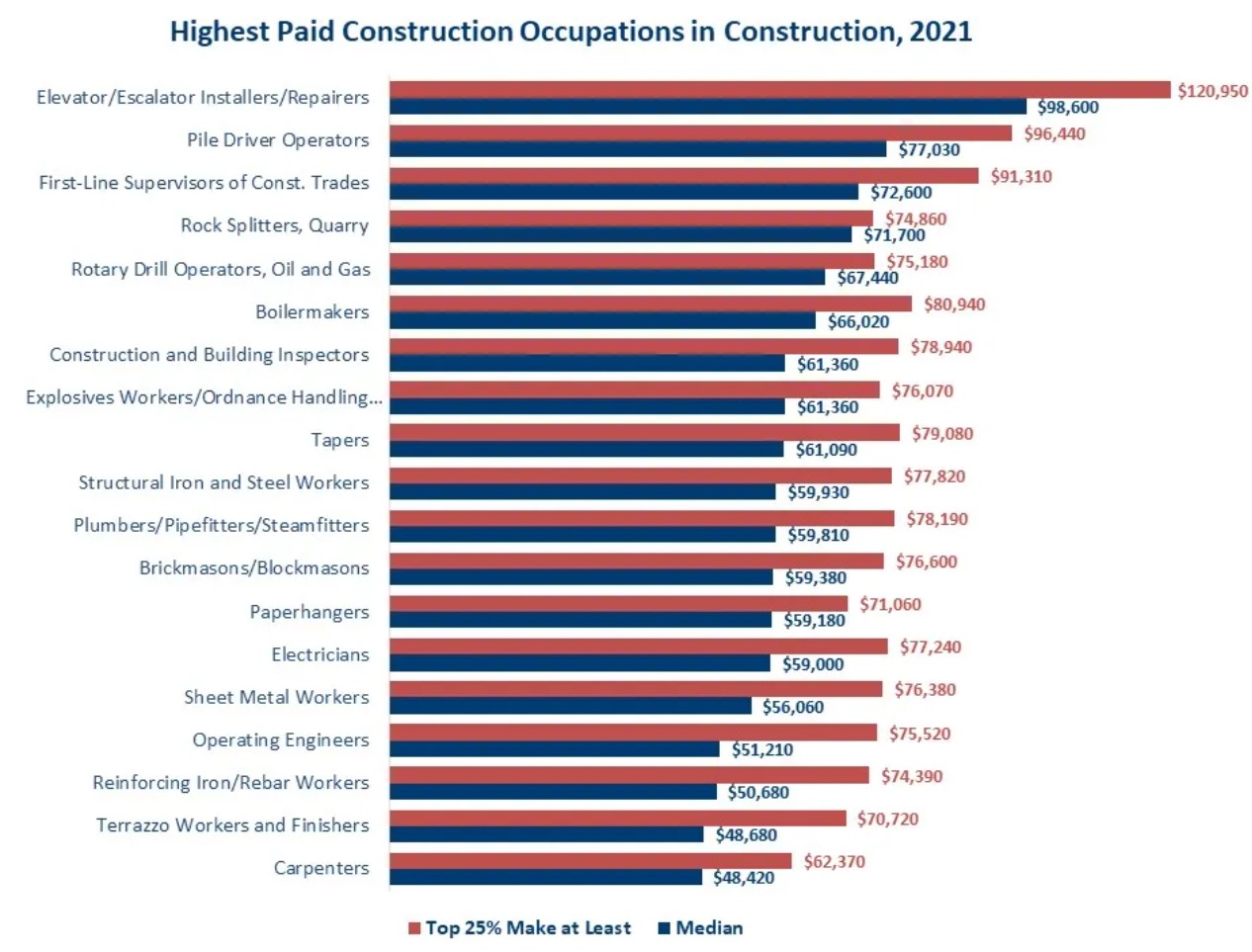 With the May 2021 estimates, the OEWS program adopted a new estimation methodology. As a result, the previously published estimates are not directly comparable to the latest 2021 edition. While the recent methodological changes prevent direct comparison with the earlier estimates, the new design is expected to improve the data users’ ability to compare occupational wages across years in the future and better access the changing demand for particular occupations in the labor market.