Originally Published by: NAHB — September 8, 2022
SBCA appreciates your input; please email us if you have any comments or corrections to this article.

The total market share of non-site built single-family homes (modular and panelized) was at 2% of single-family completions in 2021, according to Census Bureau Survey of Construction data and NAHB analysis. This share has been steadily declining since early-2000s despite the high-level of interest for non-site built construction. 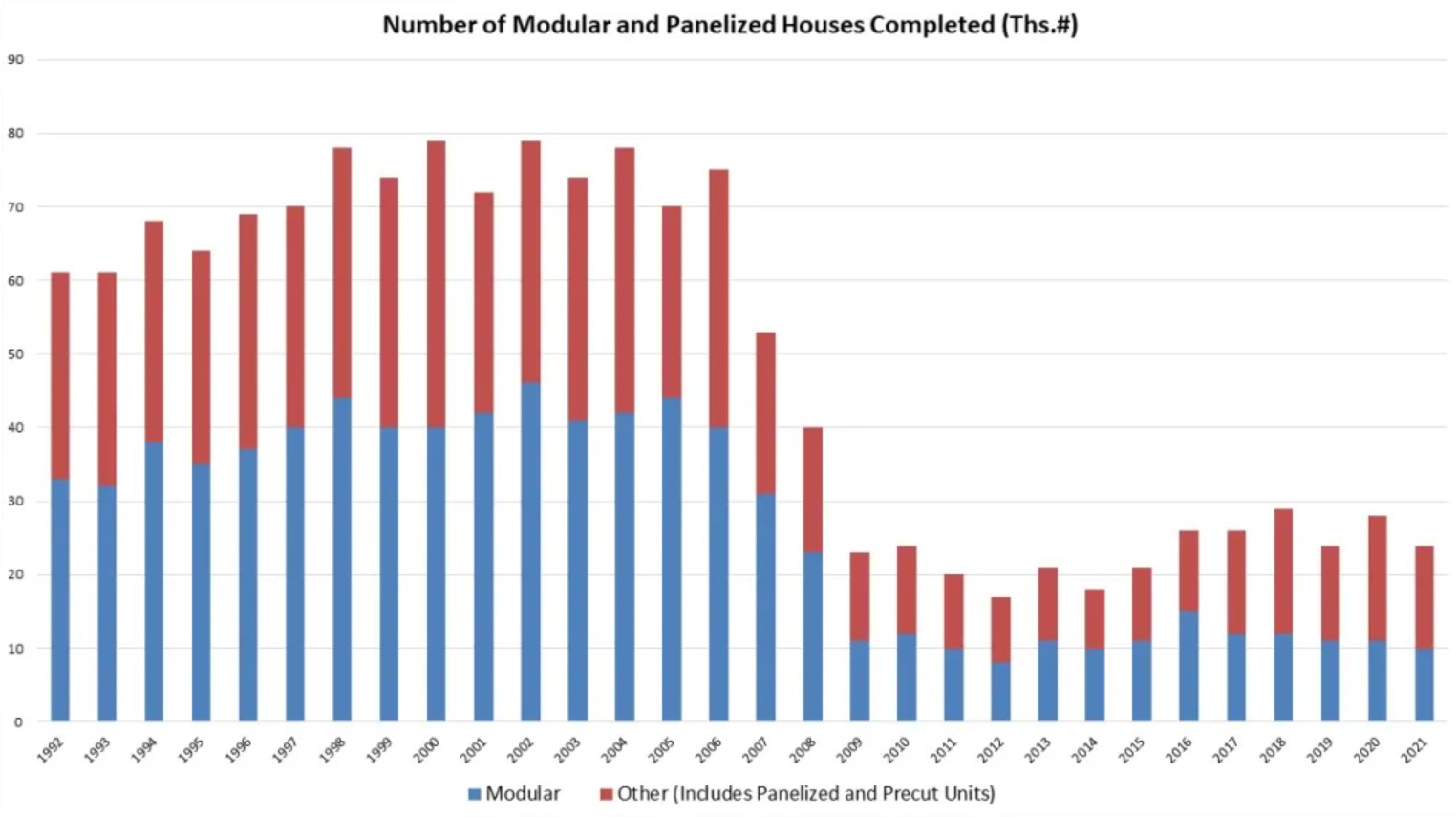 One notable regional concentration is found in the Midwest where 6% (7,000 homes) of the region’s 125,000 housing units were completed using non-site build construction methods, the highest share in the country.