Originally Published by: NAHB — September 27, 2022
SBCA appreciates your input; please email us if you have any comments or corrections to this article.

A brief decline in mortgage rates helped to boost new home sales in August but sales are expected to move lower in the months ahead as rates have since moved higher and builder sentiment continues to fall due to declining housing affordability and ongoing supply chain bottlenecks.

Sales of newly built, single-family homes in August increased 28.8% to a 685,000 seasonally adjusted annual rate from an upwardly revised reading in July, according to newly released data by the U.S. Department of Housing and Urban Development and the U.S. Census Bureau. New home sales are down 14% on a year-to-date basis despite the August upturn. Additionally, as sales cancellation rates increase, it is important to keep in mind that the Census data do not incorporate cancellation data. According to recent NAHB surveys, new home sales cancellations were approximately 25% in late August.

The August new home sales data indicate two important factors about the future path of single-family home building. There remains significant, unmet structural demand for housing (that is, a mismatch between the number of potential households and available housing). However, in the short-run the cyclical impacts of higher interest rates are the primary factor determining actualized, market demand for housing. Together, these factors point to ongoing weakness for single-family housing in the coming quarters, followed by a rebound in 2024 as interest rates eventually ease. 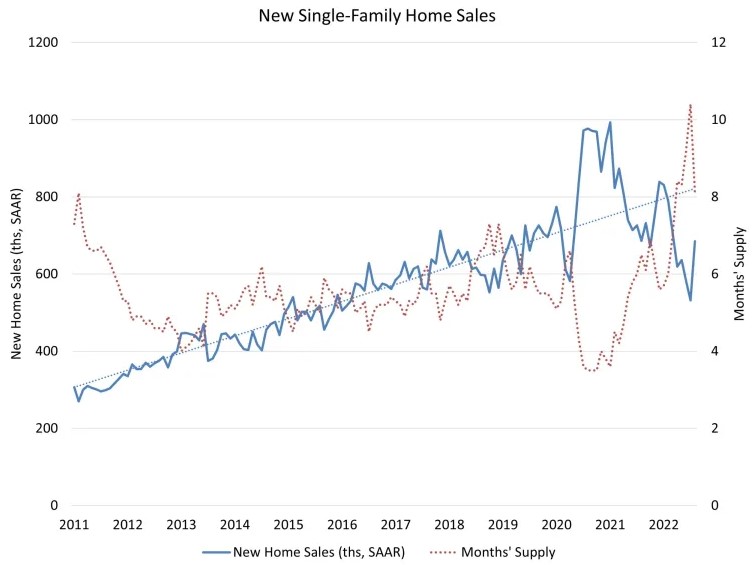 New single-family home inventory remained elevated at an 8.1 months’ supply. The count of homes available for sale, 461,000, is up 24.6% over last year. Of this total, only 49,000 of the new home inventory is completed and ready to occupy. The remaining have not started construction or are currently under construction. Inventories of new homes should fall in the months ahead as single-family permitting and construction starts slow.

Reflecting gains for construction costs, the median new home price in August was $436,800, up 8.2% from a year ago. This is a diminished growth rate as a growing number of builders cut prices due to slackening demand. According to survey data collected with the NAHB/Wells Fargo HMI, 24% of builders reported reducing home prices in September, up from 19% last month. Importantly, for housing affordability conditions, a year ago 25% of new home sales were priced below $300,000. In August, this share fell to just 12%. 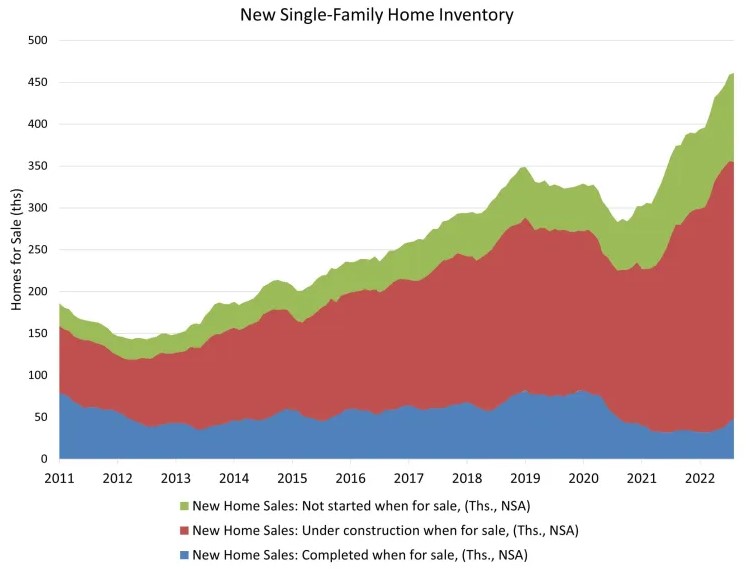