Originally Published by: LBM Journal — October 27, 2021
SBCA appreciates your input; please email us if you have any comments or corrections to this article.

The modest calming of the housing market that began late in the summer has continued into early fall, the latest market report from Zillow shows. Buyers are finding slightly more selection, more price cuts and a bit more time to evaluate a home before it goes under contract. 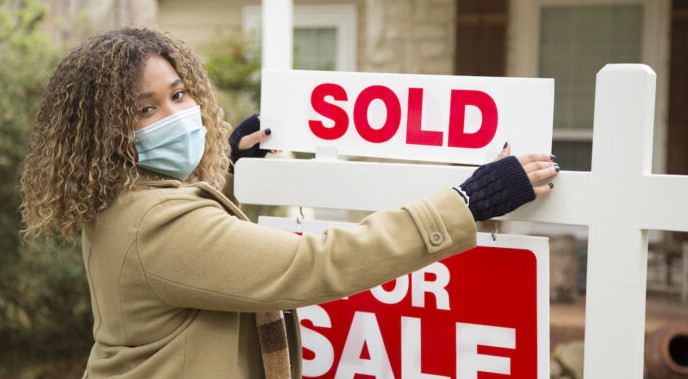 “The housing market continued its gradual return to some semblance of normalcy in September, helped by the typical seasonal cooldown in shopping conditions that we expect to see every fall,” said Jeff Tucker, senior economist at Zillow. “Homes are still selling quickly, and prices have not receded, but it’s not quite as extreme a sellers’ market as we saw back in the spring and summer. Buyers today will benefit from a little more time to pick the right home and a few more listings to choose from.”

The Zillow Home Value Index (ZHVI) for the U.S. rose to $308,220 in September, up 1.6% from August. That’s the second straight slowdown after monthly appreciation peaked this year at 2% in July. Monthly home value appreciation slowed from August in 44 of the 50 largest U.S. metros. Monthly growth in these markets ranged from a low of 0.4% in San Jose to 3% appreciation in Raleigh.

Despite the modest cooling, September marked the fourth-fastest monthly pace of appreciation and a record pace of yearly appreciation in Zillow data dating back to 2000. The typical U.S. home was worth 18.4% more in September 2021 than it was in September 2020, surpassing August’s then-record of 17.5% year-over-year appreciation. Annual appreciation in large markets was in the double digits across all 50 major markets, ranging as high as an eye-watering 44.9% in Austin and 32.2% in Phoenix to a comparatively “sluggish” rate of 13.2% in New Orleans.

The inventory shortage remains acute in much of the country, down 19.9% from this time a year ago and 37.7% below 2019 levels. However, slow, incremental growth in inventory is helping shift the scales ever so slightly in buyers’ favor after hitting an all-time low in April.

For-sale inventory crept up by 0.4% from August, a smaller gain than the previous four monthly increases dating to May, but roughly matching pre-pandemic seasonal patterns in which inventory usually peaked for the year in August or September. This is the first month in which the year-over-year inventory deficit was smaller than 20% since July 2020.

This small sign of relief for buyers is showing itself in the gradually slowing of housing market velocity. Homes are taking one day longer to sell than in August, with listings going into the pending stage in a median of just nine days, giving buyers a bit more time to find the homes they’re looking for and make an offer on them before they’re snatched up.

As homes are staying on the market longer, a higher percentage of them are seeing price cuts. The share of homes listed on Zillow that saw a price cut before going under contract rose to 14.7% in September, up from just 7.9% in April.

Much like home appreciation, monthly rent growth in the Zillow Observed Rent Index (ZORI) slowed to 1.3%, down from recent highs of 2% in July and 1.5% in August. Rent growth cooled from August to September in 39 of the 50 largest U.S. metros, and rent prices fell in Kansas City and San Francisco.

Looking forward, Zillow economists expect 13.6% home value growth through September 2022. This is a stronger 12-month forecast than last month, supported by a slower inventory recovery and heightened sales and mortgage application activity. Existing home sales are expected to reach 6.04 million in 2021, up 7% from an already strong 2020 and higher than prior forecasts.