Originally Published by: NAHB — November 21, 2022
SBCA appreciates your input; please email us if you have any comments or corrections to this article.

Year-over-year ending in October, 5.3 million jobs have been recovered, marking a full recovery of the labor market from the COVID-19 pandemic induced recession. All the states and District of Columbia added jobs compared to a year ago. The range of job gains spanned 695,500 jobs in California to 100 jobs added in Mississippi. In percentage terms, Texas reported the highest increase by 5.4%, while Mississippi was essentially unchanged (0.0%) compared to a year ago. 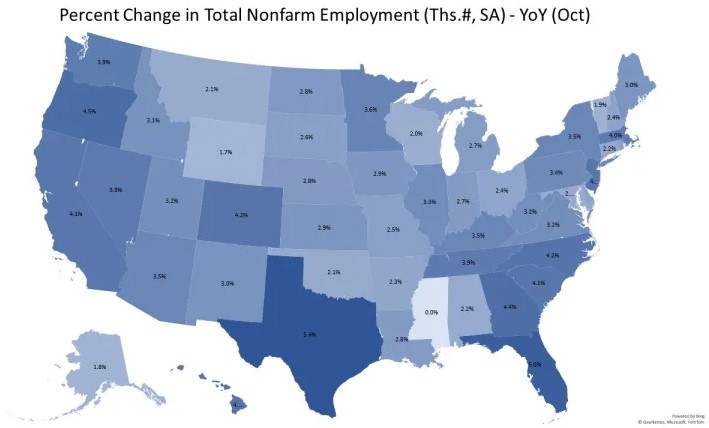 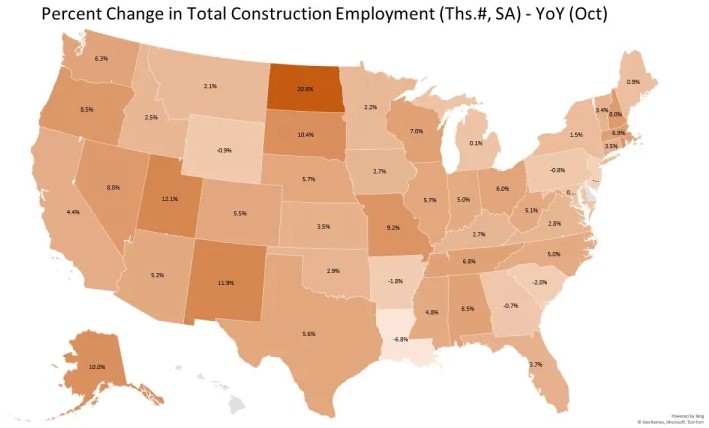