See What Happened to Private Residential Spending in June

Originally Published by: NAHB — August 2, 2021
SBCA appreciates your input; please email us if you have any comments or corrections to this article. 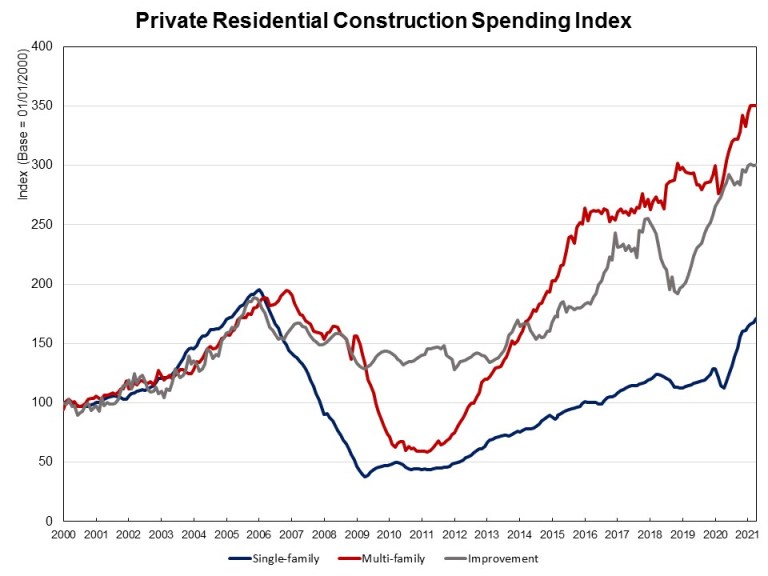 Private nonresidential construction spending decreased 0.7% to a seasonally adjusted annual rate of $451.8 billion in June. And it was 6% lower than a year ago. The largest contribution to this month-over-month nonresidential spending decrease was made by the class of power ($1.3 billion), followed by manufacturing ($0.8 billion), and amusement and recreation ($0.2 billion). 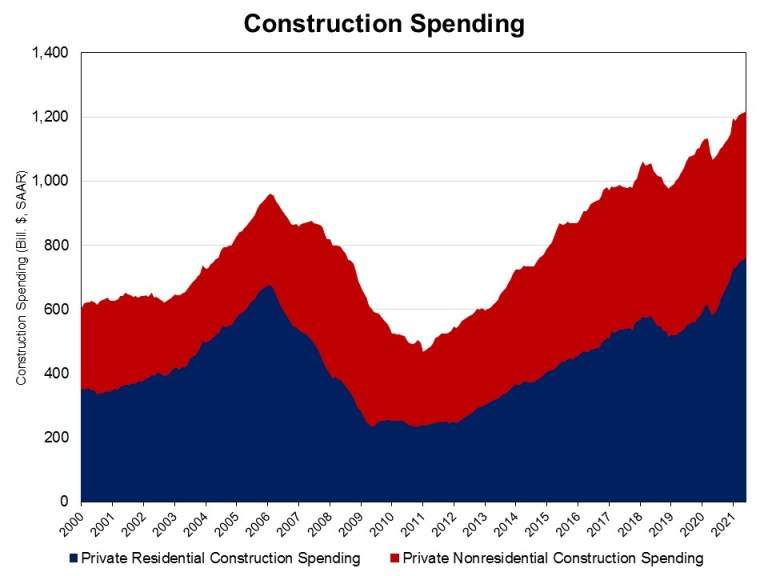