Can Builders Find the Framing Crews They Need?

Originally Published by: NAHB Now — November 16, 2021
SBCA appreciates your input; please email us if you have any comments or corrections to this article.

Labor shortages, as reported by single-family builders and remodelers in NAHB’s latest surveys, have hit unprecedented highs since each of the surveys began and continue to exacerbate housing affordability challenges, along with lot shortages and heightened material costs.

According to the October 2021 survey for the NAHB/Well Fargo Housing Market Index (HMI), more than 55% of single-family builders reported a shortage of labor across 16 home-building trades, with the greatest shortage noted among carpentry trades (rough, finished and framing crews). The third quarter 2021 NAHB/Royal Building Products Remodeling Market Index  (RMI) survey provided similar results across each of the same 16 trades, including a heightened challenge for rough and finished carpentry. 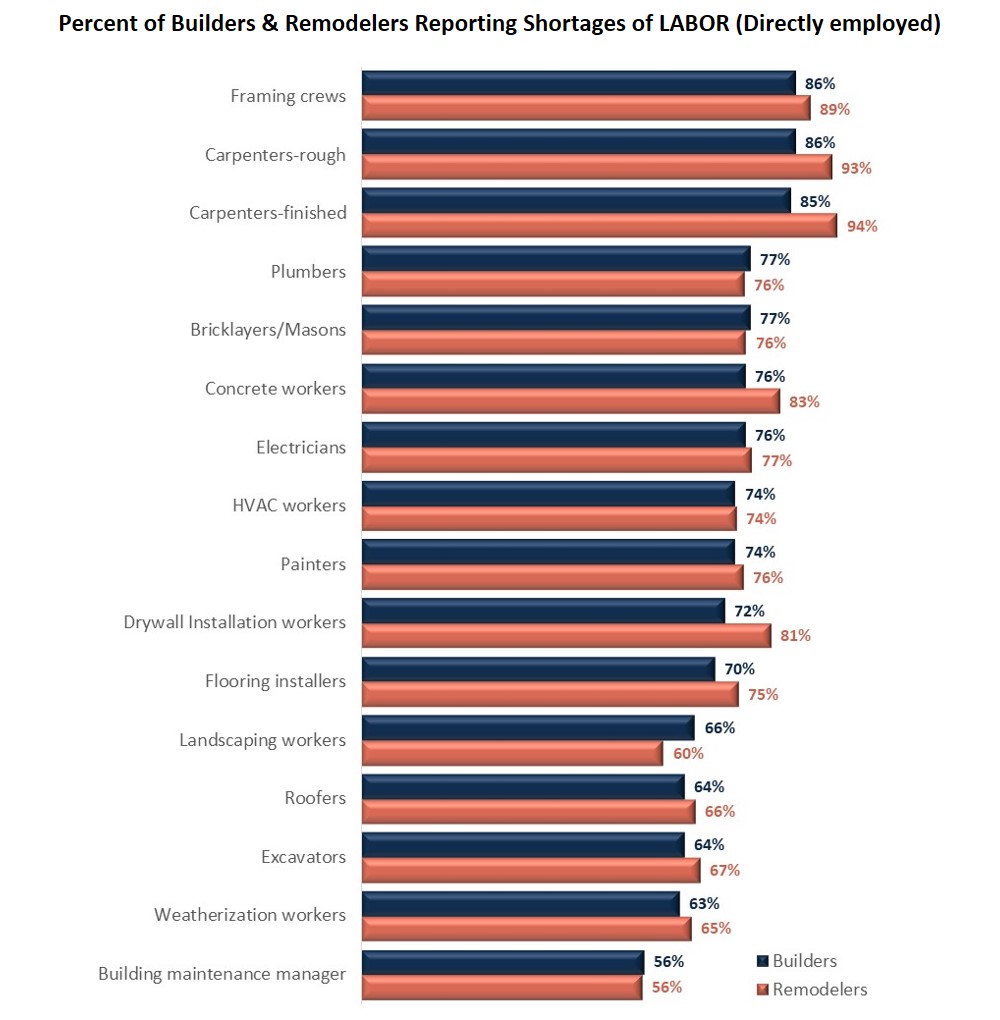 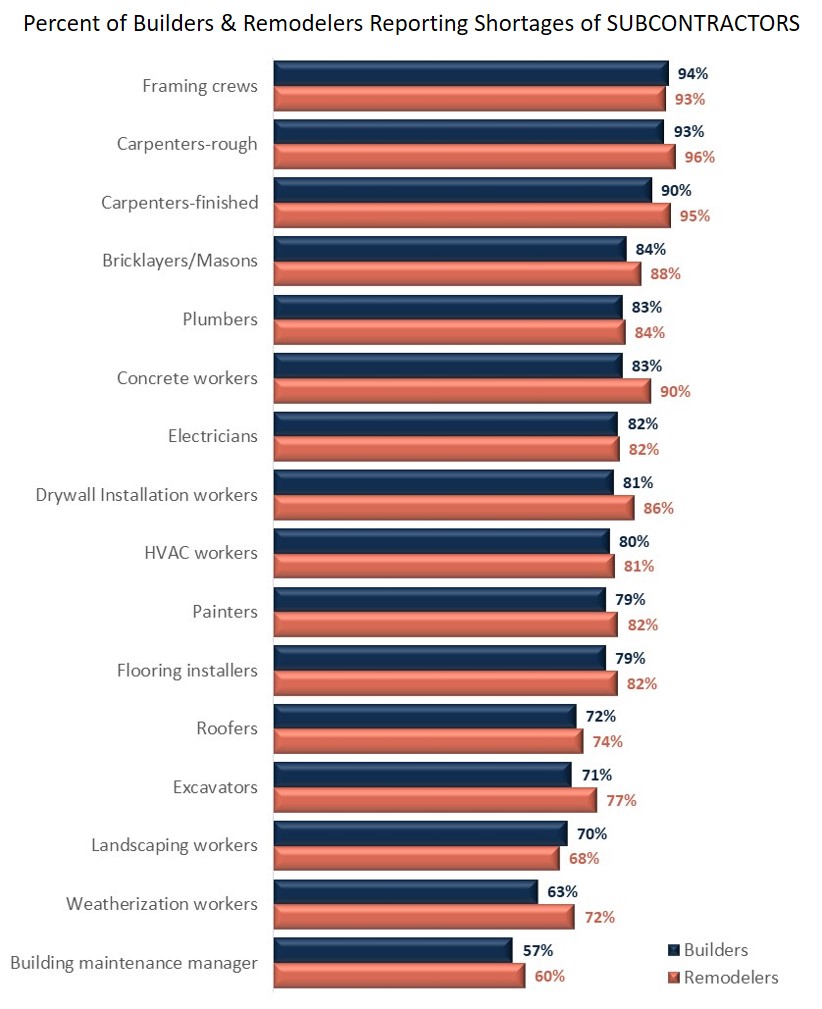 Among remodelers, shortages across those trades increased from 23% to 66% for direct employees and from 25% to 65% for subcontractors during 2013 to 2017, before spiking again to 76% and 81%, respectively, in the latest survey.

Among single-family builders, the record 76% of shortages reported in October 2021 is significantly higher than the previous peak of 67% established at the end of the 1990s and the 45% reached during the housing boom of the mid-2000s. 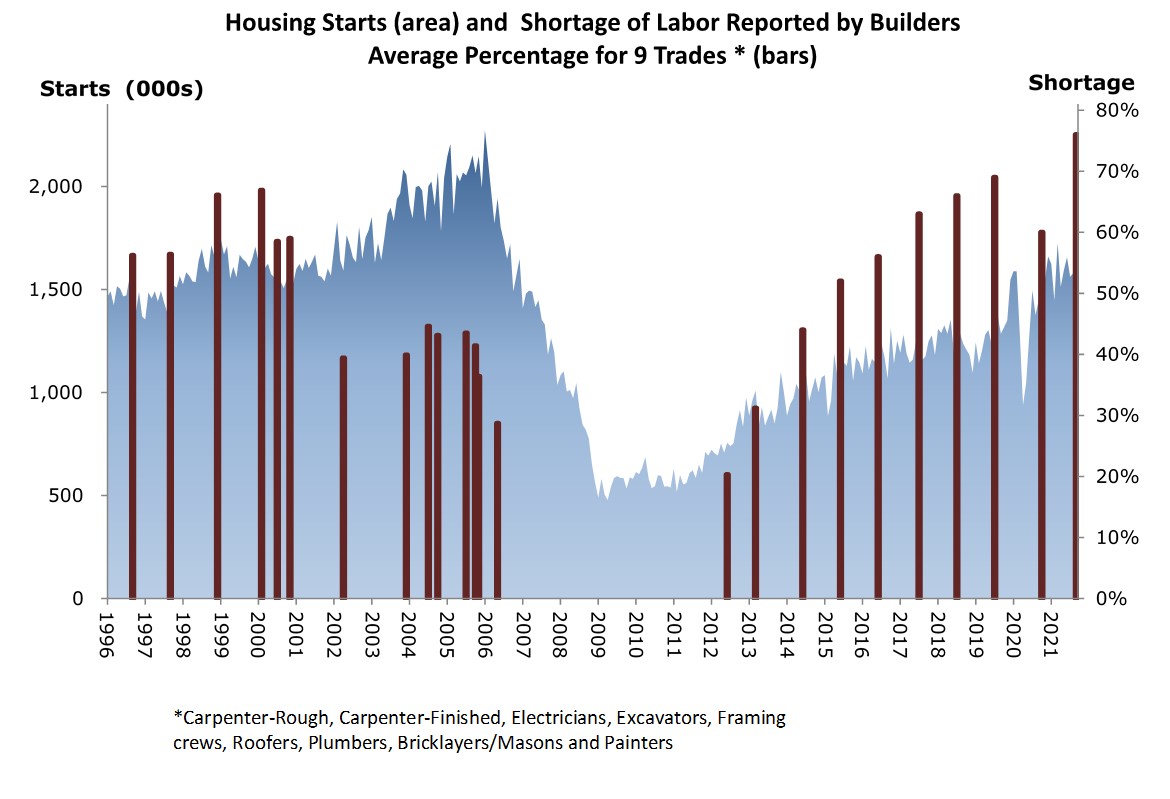 Attracting skilled labor will remain a key objective for construction firms in the coming quarters and will become more challenging as the labor market strengthens and the unemployment rate declines. According to the September BLS Job Openings and Labor Turnover Survey (JOLTS) data, total national job openings stands at 10.4 million. Open construction jobs declined somewhat to 333,000 unfilled positions in September, while the hiring rate remained solid at 4.7% and the layoff rate hit a four-year low of 1.6%.