Originally Published by: NAHB — March 16, 2022
SBCA appreciates your input; please email us if you have any comments or corrections to this article.

The prices of goods used in residential construction ex-energy climbed 1.6% in February (not seasonally adjusted), according to the latest Producer Price Index (PPI) report released by the Bureau of Labor Statistics. Building materials prices increased 20.4%, year-over-year, and have risen 31.3% since January 2020. Over the past five months, the index has climbed 10.6%. 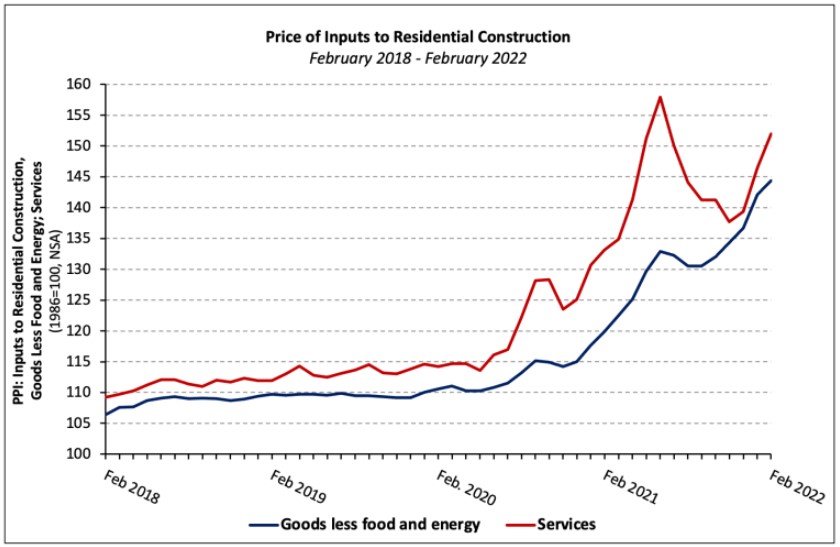 The price index of services inputs to residential construction increased 3.8% in February following a 5.1% increase in January 2021 (revised). The index declined 13.5% between June and November last year but has increased 10.3% in the three months since.  The index is 14.1% higher than it was a year prior and 32.6% higher than the January 2020 reading. 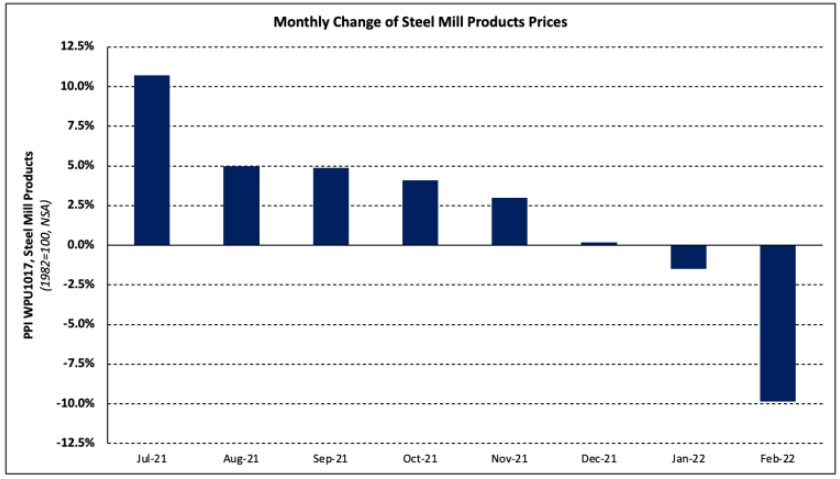 While January and February have been good months for the cost of derivative steel products, the PPI remains 74.4% greater than it was 12 months ago. 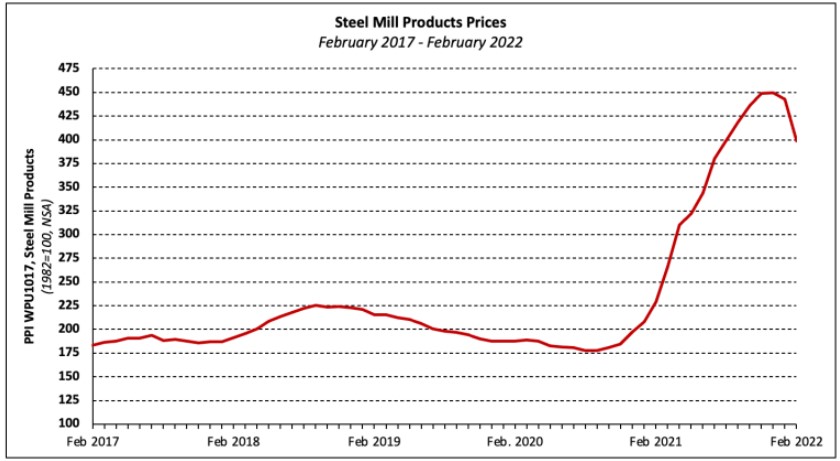 The PPI for ready-mix concrete (RMC) gained 0.8% in February after increasing 1.1% in January.  The index for RMC has been relatively volatile since mid-2020 and has climbed 8.2%, year-over-year (YoY). Prior to January 2021, year-over-year price increases had not exceeded 8.0% since December 2006. 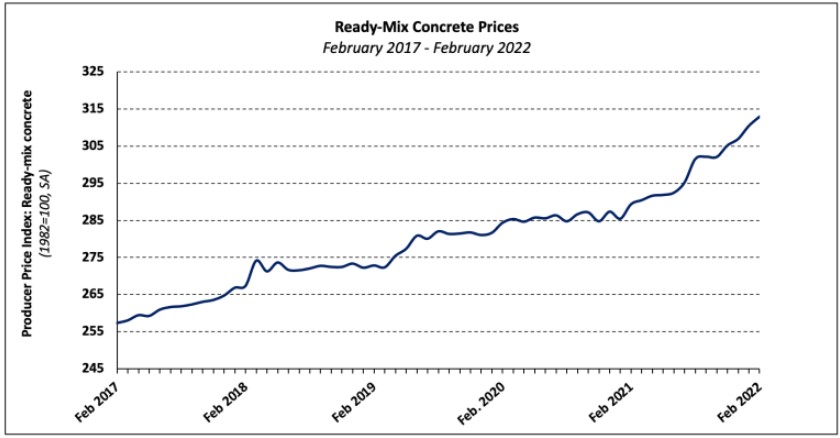 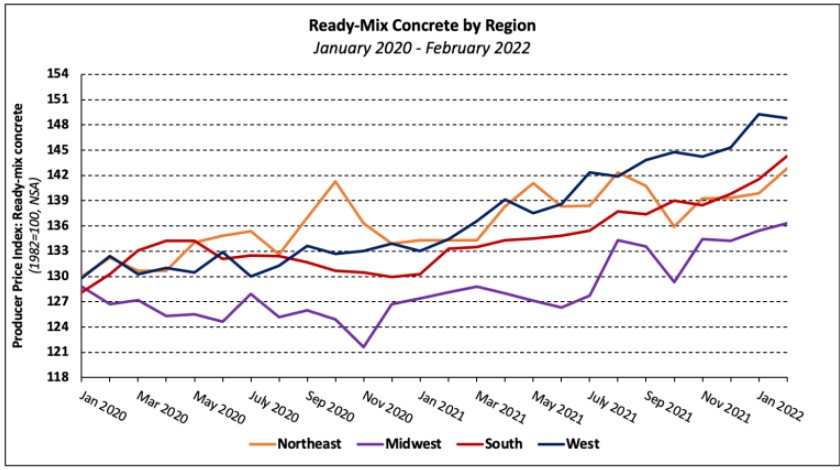 The PPI for gypsum products declined 1.9% in February, snapping an 11-month streak of increases during which the index climbed 31.4%.  Gypsum products prices are up 20.7%, year-over-year. 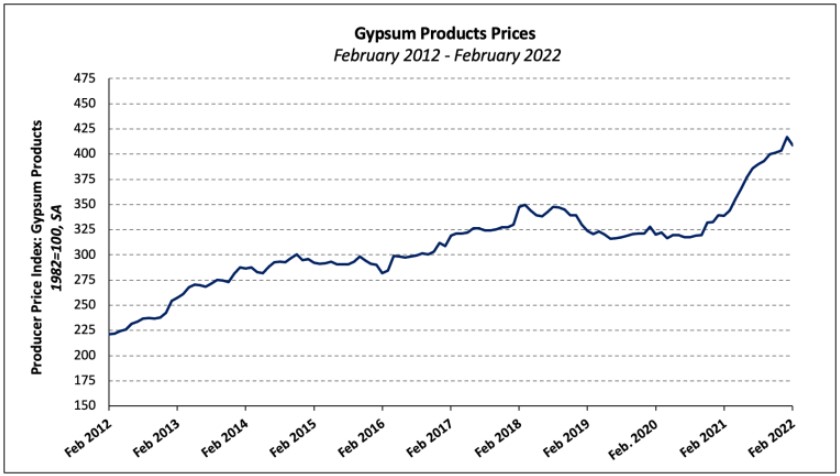 The PPI for softwood lumber (seasonally adjusted) increased 2.6% in February following a combined 28.9% increase over the two months prior.  Since reaching its most recent trough in September 2021, prices have increased 79.5%.  According to Random Lengths data, the “mill price” of framing lumber has more than tripled since late August. 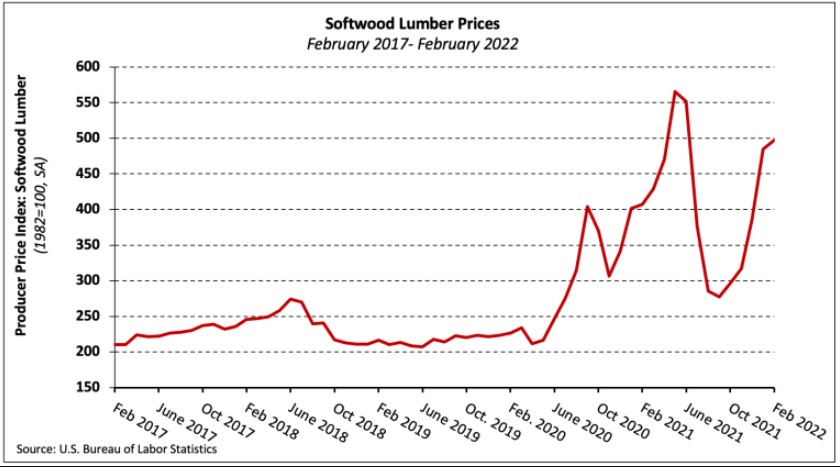 The chart below shows the 2022 year-to-date changes in other relevant price indices as well as the price movements since January 2020. 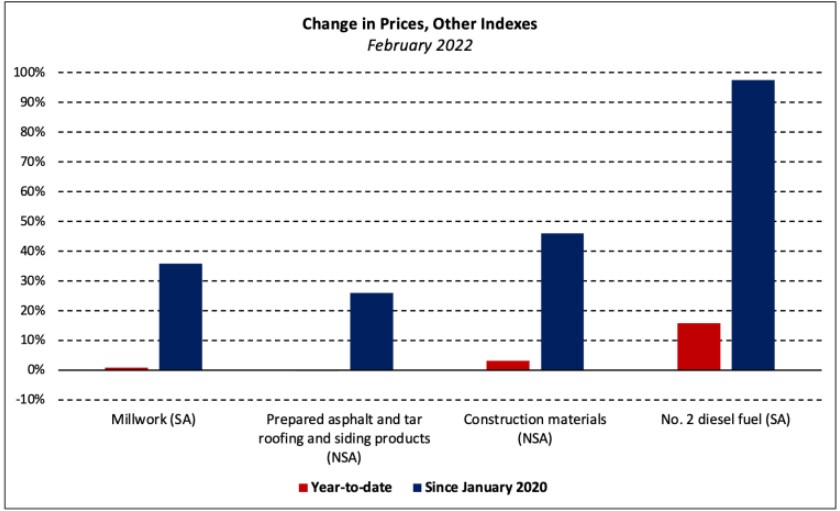