Originally Published by: NAHB — May 2, 2022
SBCA appreciates your input; please email us if you have any comments or corrections to this article. 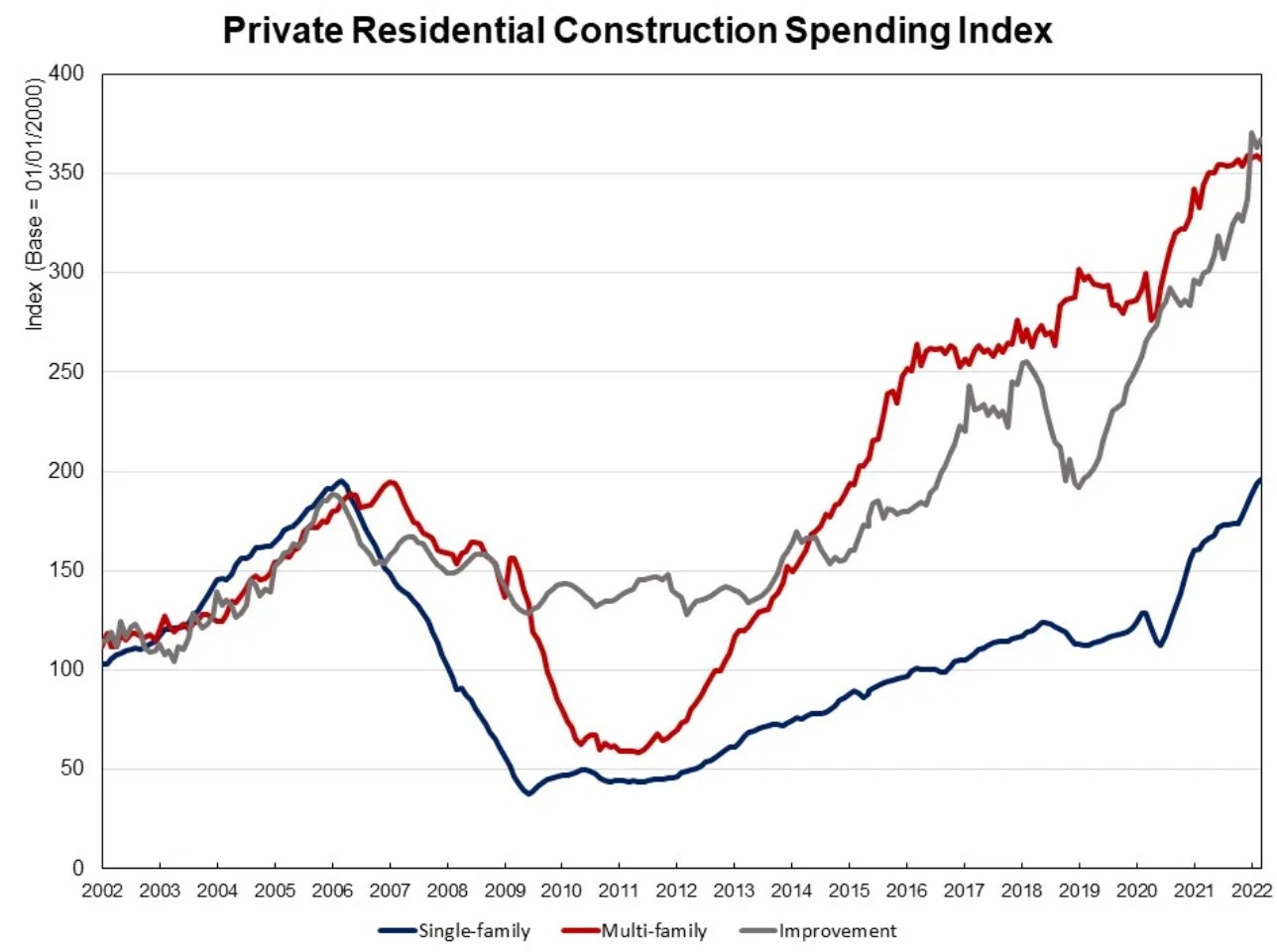 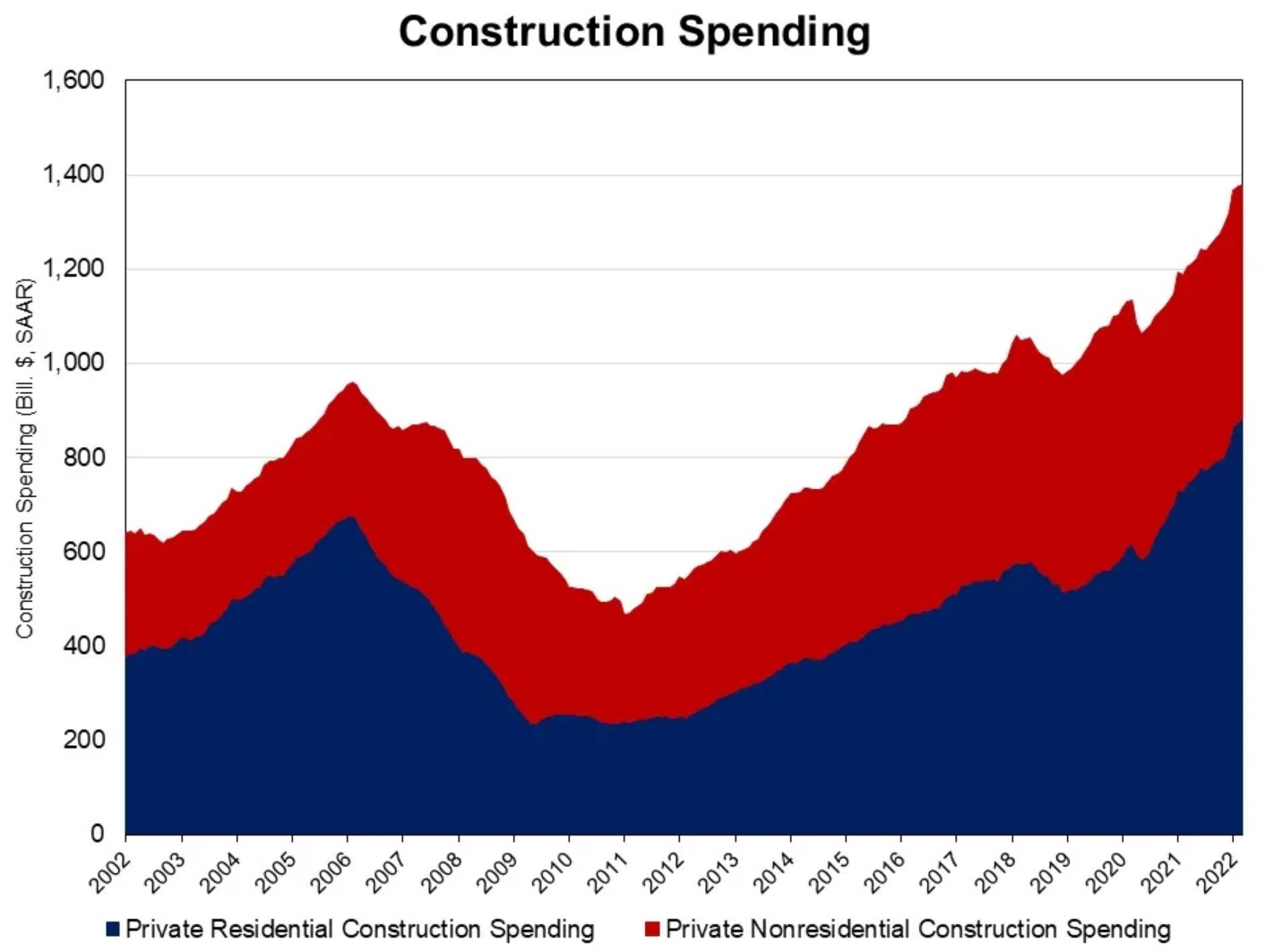 Private nonresidential construction spending decreased to a seasonally adjusted annual rate of $497.6 billion in March, a 1.2% decrease from the February estimates. And it was 8.5% higher than a year ago. The largest contribution to this year-over-year nonresidential spending increase was made by the class of manufacturing ($22.7 billion), followed by class of commercial (12.7 billion), and class of office ($3.4 billion).

Panel of Housing Economists Weigh in on MarketMay 10, 2022 Fed Raises Interest Rates Another Half PercentMay 10, 2022