Originally Published by: Eye on Housing — January 12, 2022
SBCA appreciates your input; please email us if you have any comments or corrections to this article.

Led by higher prices for shelter and used vehicles, consumer prices soared by 7.0% in December from a year ago. It was the largest year-over-year gain since June 1982. However, energy prices fell in December, ending a long series of increases. Supply-chain constraints and strong consumer demand related to the pandemic and the reopening of the economy have contributed to recent price increases in some sectors. Government stimulus efforts have also contributed to recent gains in inflation.

The Bureau of Labor Statistics (BLS) reported that the Consumer Price Index (CPI) rose by 0.5% in December on a seasonally adjusted basis, following an increase of 0.8% in November. Excluding the volatile food and energy components, the “core” CPI increased by 0.6% in December, after a 0.5% increase in November.

In December, the indexes for shelter (0.4%) and for used cars and trucks (3.5%) were the largest contributors to the increase in the headline CPI. The index for shelter increased as the indexes for owners’ equivalent rent (OER) and rent of primary residence (RPR) both rose by 0.4%, same increases as in November and October. The food index also contributed, though it increased less (0.5%) than in recent months. 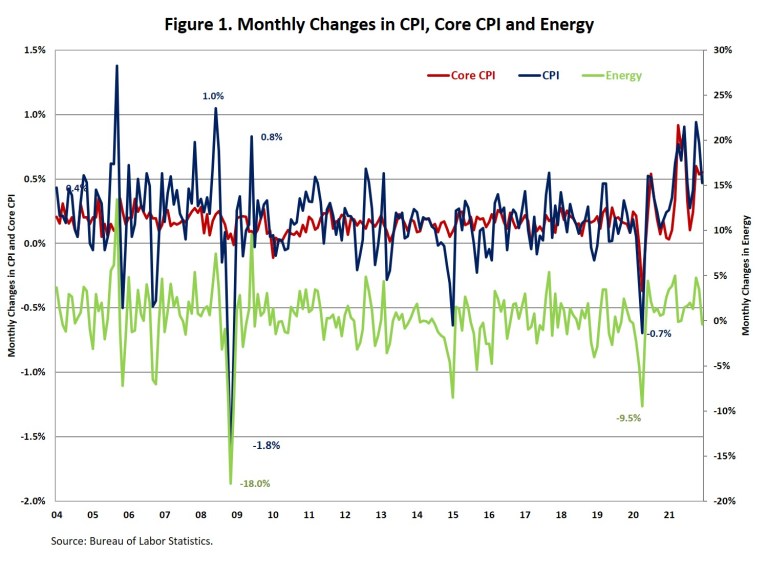 NAHB constructs a “real” rent index to indicate whether inflation in rents is faster or slower than overall inflation. It provides insight into the supply and demand conditions for rental housing. When inflation in rents is rising faster (slower) than overall inflation, the real rent index rises (declines). The real rent index is calculated by dividing the price index for rent by the core CPI (to exclude the volatile food and energy components). 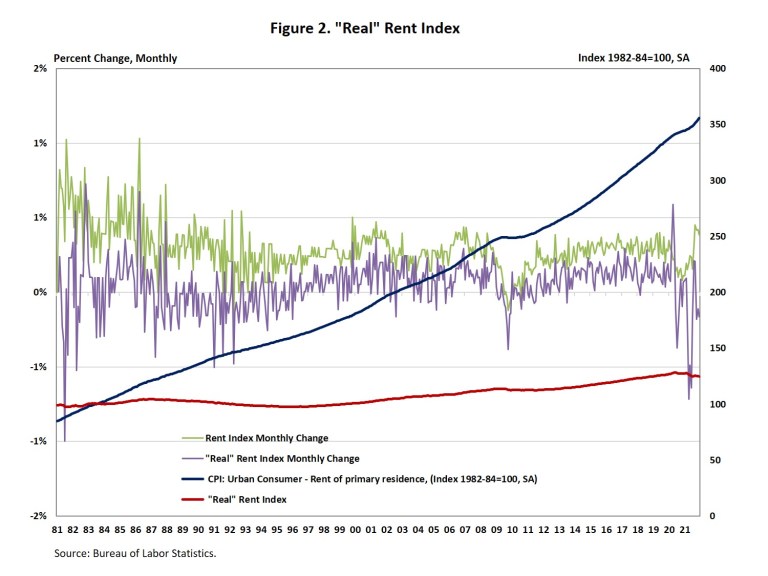