Originally Published by: NAHB — January 20, 2022
SBCA appreciates your input; please email us if you have any comments or corrections to this article.

A home building project in Utah was the inspiration for the children’s book The House That She Built, which aims to educate and inspire the next generation of home builders and tradespeople.

Meet some of the women from the Utah HBA Professional Women in Building Council who designed and built the home. You can also meet some of these women at the 2022 International Builders’ Show in Orlando, Feb. 8-10. 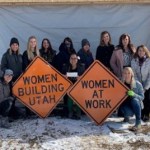 The House That She Built book and other merchandise – like T-shirts, activity books, memory card games and more – will be available at the IBS Store located at West Hall C Lobby, Level II, open daily, 8 a.m.-5 p.m.

Breyandi Bond served as the professionally licensed engineer on the project. Her engineering firm involved every woman engineer and drafter in their office on The House That She Built project. 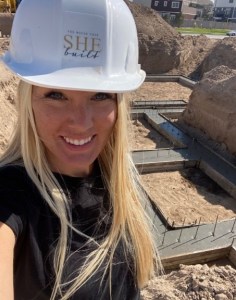 “One aspect of the project that was extremely rewarding for me was the opportunity to involve my 13-year-old daughter, Marina,” said Allen. “Due to COVID, she had no school on Wednesdays, and would often accompany me on the job site. She learned to tie rebar, helped with a lot of the framing, cleaned up the site and grouted brick walls.” 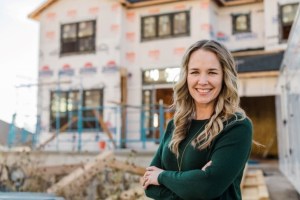 Stefani Thatcher was the building designer whose plans and designs represented the needs, style and budget of the project.

“Working with an entire team of women builders and tradeswomen was such a dream,” said Thatcher. “The guys are always so good to work with, but the opportunity to be surrounded by other women who love the residential construction industry the way I do was so amazing. Now that the home is complete, it is exciting to continue the education portion of our original goal for THTSB.” 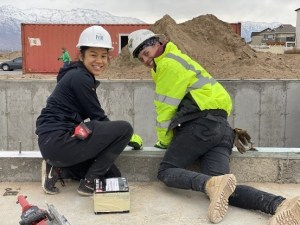 Ivy Stout assembled the framing, measuring, cutting and putting together the wood pieces.

“The women I worked with and met on this project are all inspirations to me,” she said. “I learned so much every single day I was there and met the most amazing people. This project has been and will continue to be an inspiration to all women and men out there.” 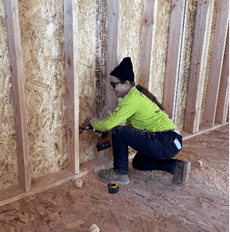 “Recently coming out of commercial construction, which is dominated by men, it was refreshing to be in an environment where everything felt cohesive, and no one was competing against each other,” noted Ireland. “I won’t say issues didn’t arise, but during my time there, when a problem came up, I found that the women came together and did what was necessary to overcome it.” 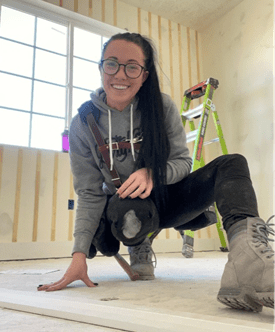 Stephanie Dailey worked with the wood to create and install doors, trim and shelves.

“I knew going in that I could not do all the work on this home alone,” said Dailey. “I began to browse through Instagram to find as many female DIY, carpenters and builders as I could. I sent out over 100 messages to women from all over the world! It sounds crazy to hear from some random girl asking to fly you to Utah to work for free. But I ended up with the most incredible group of eight women from all over the U.S.” 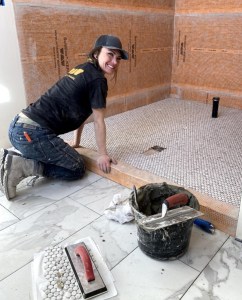 Abby Copelan placed and secured the tiles to protect and decorate the walls and floors.

“There was no way I wasn’t going to be a part of this project,” Copelan noted. “I enjoyed every minute of it. If I could have stayed longer to do more I would have. I can’t take all the credit. I had a wonderful friend who helped set tile alongside me. She and I both stayed an extra week to get more done. This job was addicting and I’m so grateful that I was a part of it.” 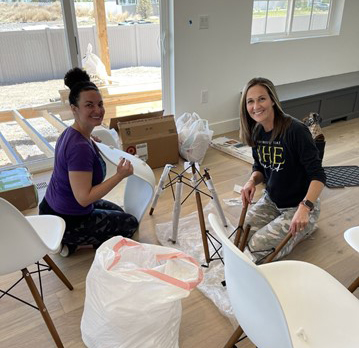 Kimberly Parker selected the finishes and furnishings as the Lead Interior Designer on the project, coordinating with four other interior designers. Parker helped create the look of the rooms with furniture, decorations, art and color.

“Typically, a house this size would be a piece of cake for one interior designer, but everything that went into the house was donated,” she noted. “Spreading it out over five interior designers made what we accomplished possible. It was so rewarding working alongside other amazing women and uniting as a team.”

To learn more about The House That She Built book, published by NAHB BuilderBooks and supported by 84 Lumber and Andersen Windows & Doors, visit SheBuiltBook.com.