Originally Published by: LBM Journal — October 6, 2021
SBCA appreciates your input; please email us if you have any comments or corrections to this article.

Kodiak Building Partners has acquired Carl’s Building Supply of Port Hadlock, Washington. Carl’s was founded in 1947 and serves the lumber and hardware needs of builders and homeowners in the greater Olympic Peninsula market, in western Washington. 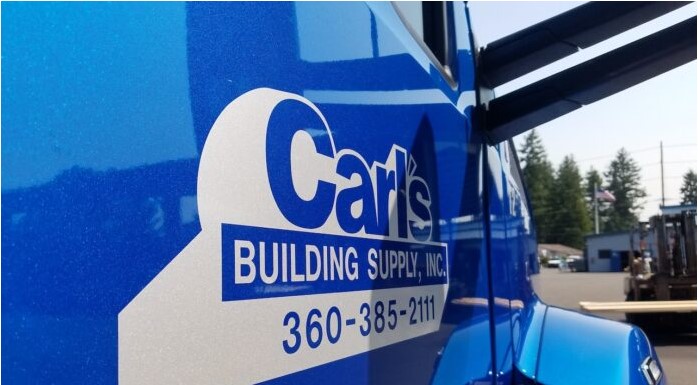 The acquisition was announced by Lawrence Johnson, owner of Carl’s Building Supply, and Kodiak Building Partners. Johnson will continue to remain active with Carl’s following the transaction, and Tom Rider, currently president, will continue in that role and be responsible for the overall business, as well as the go-forward strategy. Carl’s will join the Retail Lumber and Gypsum group of Kodiak and will report to Pat Flood, executive vice president of this Kodiak segment.

Both Johnson and Rider have deep roots in the industry. Johnson and his wife, Lori, bought Carl’s from Lawrence’s father (Carl) in 1992 after Johnson had been involved with other lumber dealers in the Northwest. Under Johnson’s leadership, Carl’s Building Supply grew from a small retail business to a best-in-class contractor yard with a strong emphasis on quality and service. 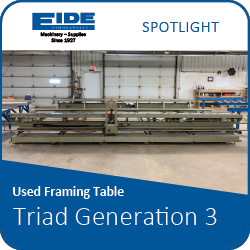 Rider, like many in the industry, started sweeping floors in a lumberyard at the age of 16. Rider has been with Carl’s for more than four years and initially joined the company in a consulting role, leveraging his background as an attorney and experience with a national finance company as well as start-ups. He found his permanent home at Carl’s as he was given the freedom to implement new and innovative ideas that he brought from other industries, including an expanded use of various technology platforms to better service the customer.

Under Johnson and Rider’s leadership the company has made succession planning in all areas of the company a core focus. The company boasts a workforce in which one third of the staff hold college degrees and has a strong family culture that includes a handful of married couples, father-child teams, and many employees with more 20 years of service. Carl’s staff also touts an average age 10 years under the industry average, as a result of intentional recruiting efforts.

“It’s clear that this visionary company, with its proven track record, will fit perfectly with Kodiak’s decentralized operating philosophy and will contribute to making us all better as they share best practices and successes. Carl’s, in turn, will be able to benefit from the scale and resources that a larger organization can provide. Despite the significant shrinkage in lumber commodity prices, we remain very bullish on the market that Carl’s serves and the Pacific Northwest area in general,” Swinney said.

Johnson added that partnering with Kodiak “ensures that the next 75 years are in safe hands, both for our family of employees and our robust home building community. I’ve been thinking about joining forces with a larger company for a while, now. After passing on a few other opportunities, I felt that Kodiak’s culture would be the right match for Carl’s. I am certain that my employees, community, and customers will be pleased.”