Take a hard look at your current sales strategies

A few exceptions proved the rule. Gary Cooper’s portrayal of Lou Gehrig in The Pride of the Yankees (1942) earned 11 Oscar nominations. The Bad News Bears (1976) earned a 300 percent return on its investment. Robert Redford’s Roy Hobbs knocked the lights out in The Natural (1984). 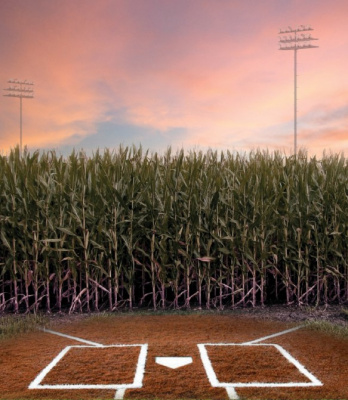 Of the 58 feature ﬁlms released between 1915 and 1987, Hollywood produced three money-making baseball movies. That’s a fatal ﬁve percent success rate for the genre over 72 years.

This assumption—baseball movies don’t sell—is one example of what Hollywood studio heads got paid for. As component manufacturer (CM) leaders, your business assumptions are also what get you paid.

Business guru Dr. Peter Drucker argued that assumptions, whether explicit or implied, act as the cornerstone of any corporate strategy. These leader-driven assumptions, Drucker wrote, shape your employees’ views of your company, your customers, and your competition.

If a company is to grow and evolve with its market, every assumption must be challenged, tested, and eventually updated. No set of business assumptions should last forever.

When this magazine’s managing editor mentioned an interest in collaborating on a sales article, I was curious. “What sales content resonated in the past? What didn’t?”

I quickly learned the CM industry, apparently, arrived at the assumption that the craft of selling, as a topic, was less a priority than most other business fundamentals. I argue this assumption must be tested now in light of recent achievements, rapid growth, and unexpected successes and failures in the housing industry. According to Drucker, these three developments are early warning signals that indicate your assumptions—the assumptions you get paid for—warrant further examination. 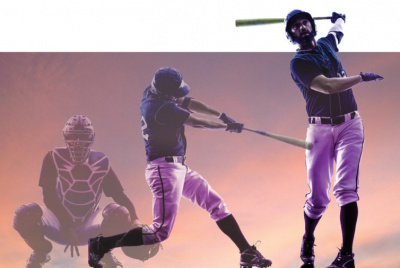 If constant demand for your products and services over the past decade has resulted in the achievement of your sales objectives, has it also created complacent salespeople?

Complacent salespeople take orders, manage existing accounts, and build relationships through The WTF Model™ (Whiskey, Tickets, and Fishing). These activities are important, but they are different than selling.

You can anticipate your salespeople desire autonomy. You can also anticipate their resistance to accountability. If your compensation plan rewards babysitting loyal customers and agreeing to multiple change orders at no cost, don’t be surprised when salespeople do just that. Behaviors drive culture. Leaders are responsible for modeling the behaviors that drive a high-performance sales culture.

This is a seller’s dream. Why?

Sales is fundamentally about helping. The craft of selling is built upon meaningful conversations about long-term goals and the potential ﬁt between two organizations to achieve them.

Sure, being in the ballpark with price is important, but it shouldn’t be the starting point—unless you allow it to be. Competing on price is a strategic choice. It’s a choice your salespeople make every time they interact with customers and prospects. If you choose to compete on value—not price—then you must act accordingly.

If you don’t properly value yourself, don’t expect your customers to either.

Leaders are responsible for modeling the behaviors that drive a high-performance sales culture.

Simply and memorably, your sales professionals must articulate a story of how you are better and different. Your story is far more effective, of course, if your salespeople actually believe it.

When a competitor like Entekra sells a “new” story, it’s unsurprising to hear industry veterans scoff, “So what? We’ve been doing that since 1958.”

Who cares? The fact that you know it’s a thing—and more importantly, that builders know it’s a thing—is proof that story is selling. If you reluctantly consider Entekra (and the $45 million investment from Louisiana-Pacific) an unexpected success, what do you think about Katerra?

With a burn rate that torched two billion dollars, SoftBank stepped in to provide an additional $200 million. Twice. In the same year!

Interpret that however you wish (i.e. expected or unexpected; success or failure), but recognize the market is telling you something important about the industry and the future of building.

How to Test an Assumption

In the eleven months from June of 1988 and May of 1989, three baseball movies were released: Bull Durham, Major League, and Field of Dreams. All were literal home runs. Collectively these ﬁlms earned a combined $183 million in proﬁt.

Success breeds complacency and an order-taking, commodity mindset is a race to the bottom.

You can imagine a preceding conversation among intelligent studio leaders.

“Now, wait a minute. How do we know this assumption is still true?”

The old, grizzled executive in the crumpled suit speaks up, “Lemme tell you. When I released the comedy Slide, Kelly, Slide back in 1927, Louis B. Mayer—the man himself!—grabbed me by the jugular and bellowed, ‘Women hate baseball, you no-talent hack! You ignored half of my movie-paying public! Do it ever again and you’ll never work in this town again!’ ”

Eyes closed, chin buried in his chest, shaking his head in shame, the old man whispers, “Baseball movies don’t sell. Everybody knows that."

Well, turns out women enjoy a good story with good acting—even if it’s about baseball.

In Field of Dreams, Kevin Costner’s character, Ray Kinsella, hears a voice among his Iowa corn stalks, “If you build it, they will come.”

That’s Hollywood magic. In reality, you need an intentional sales strategy and a relentless focus on the craft of selling. You need to commit to sales as intently as you do operations. Success breeds complacency and an order-taking, commodity mindset is a race to the bottom. Changing the sales culture starts at the top.

My purpose here is to challenge the assumptions about sales in our industry. I am offering ideas and insights to improve your sales performance. The most common ailments in sales are predictable: no consistent sales process; salespeople who spend too little time actually selling; a sales story that lacks differentiation; a focus on price instead of value; and, goals, compensation, and accountability that are either misaligned or absent.

In future articles, I will address each of these. I’ll also provide a next step. Today, go to behindyourbacksales.com/tools to download a one-page .pdf that will help you document and share your leadership assumptions. It’s up to you and your team to consider if your assumptions about your company, customers, and competitors are still accurate.

About the Author: Bradley Hartmann is a recovering area purchasing manager for a national builder and CEO of The Behind Your Back Sales Co. He lives in Dallas and can be easily reached at bradley@behindyourbacksales.com
March 17, 2021: Lumber Shortfall Easing, Watch for Swift CorrectionMarch 17, 2021 There's a Better WayMarch 15, 2021