Originally Published by: NAHB — May 2, 2022
SBCA appreciates your input; please email us if you have any comments or corrections to this article.

As the construction labor market remains tight and skilled labor shortages persist, wages in construction continue to rise, often outpacing and exceeding typical earnings in other industries. According to the latest Current Employment Statistics (CES) report from the Bureau of Labor Statistics (BLS), average hourly earnings (AHE) in construction vary greatly across 43 states that reported these data. 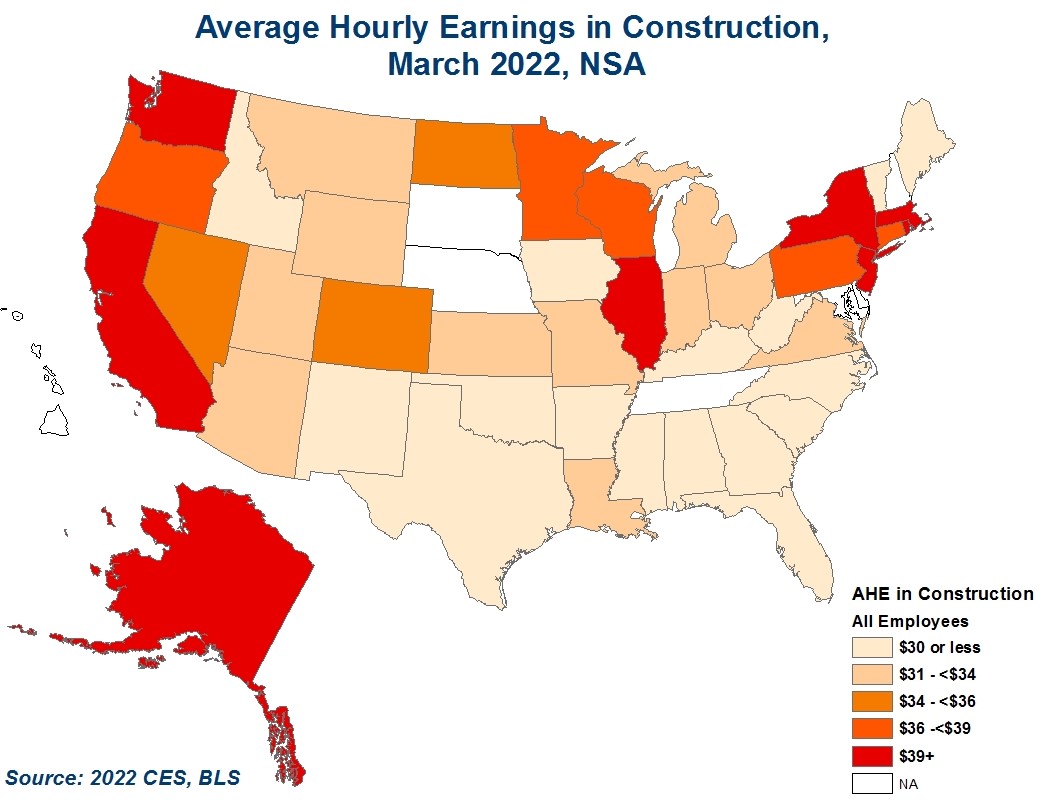 While differences in regional hourly rates might reflect variation in the cost of living across states, the faster growing wages are more likely to point out to specific labor markets that are particularly tight. Year-over-year, all but one state reported rising hourly wages. The only exception was Alaska where hourly rates declined 3.4%. Eight states reported the increase in hourly rates of over 10% – Oregon (14.3%), Mississippi (12.6%), North Carolina (12.5%), Virginia (11.8%), Kentucky (11%), West Virginia (10.9%), South Carolina (10.6%), New Mexico (10.4%). 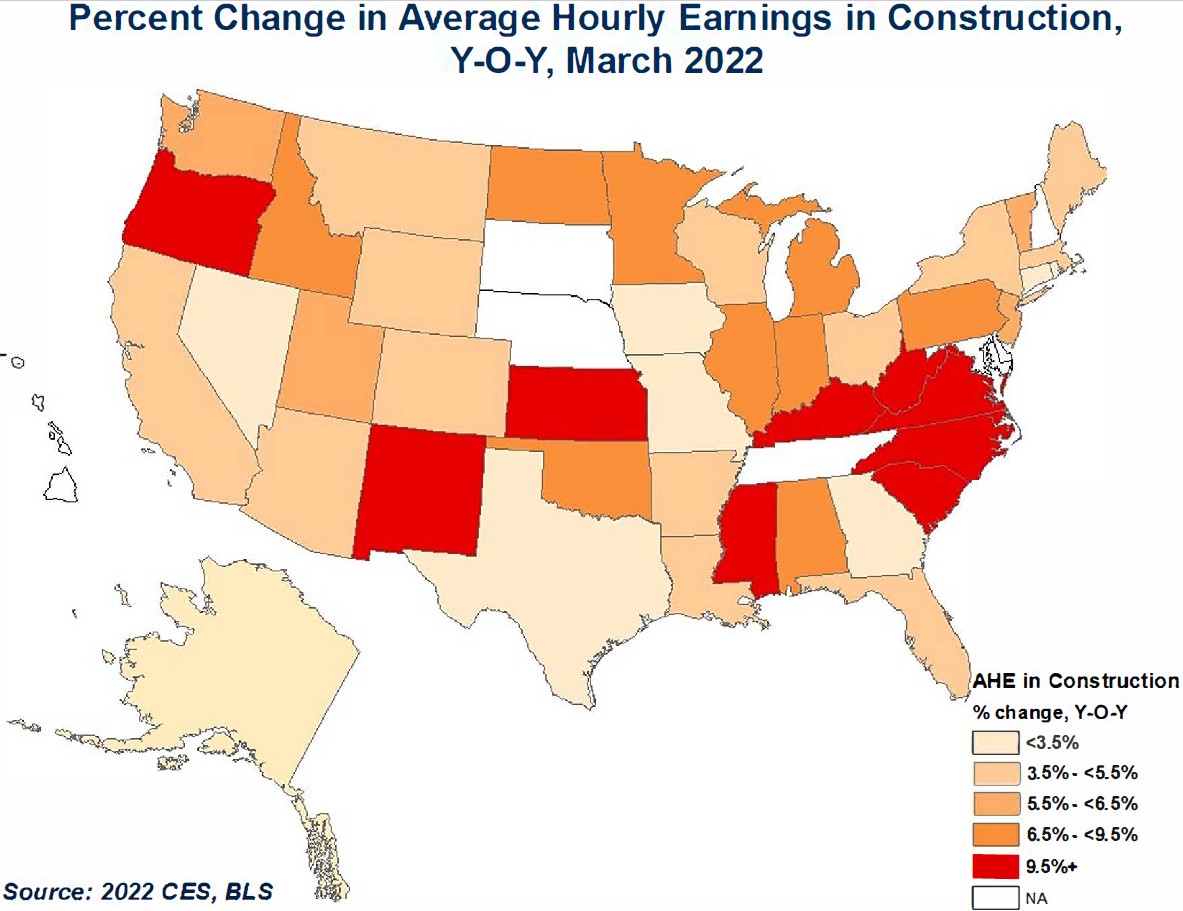