Originally Published by: NAHB — March 4, 2022
SBCA appreciates your input; please email us if you have any comments or corrections to this article.

Per NAHB’s latest Home Building Geography Index (HBGI), through the second half of 2021, multifamily home building rebounded from quarterly declines that began at the outset of the pandemic. In the wake of the public health crisis, there was a pronounced return to higher density markets or geographies, particularly in apartment and other multifamily residential construction. 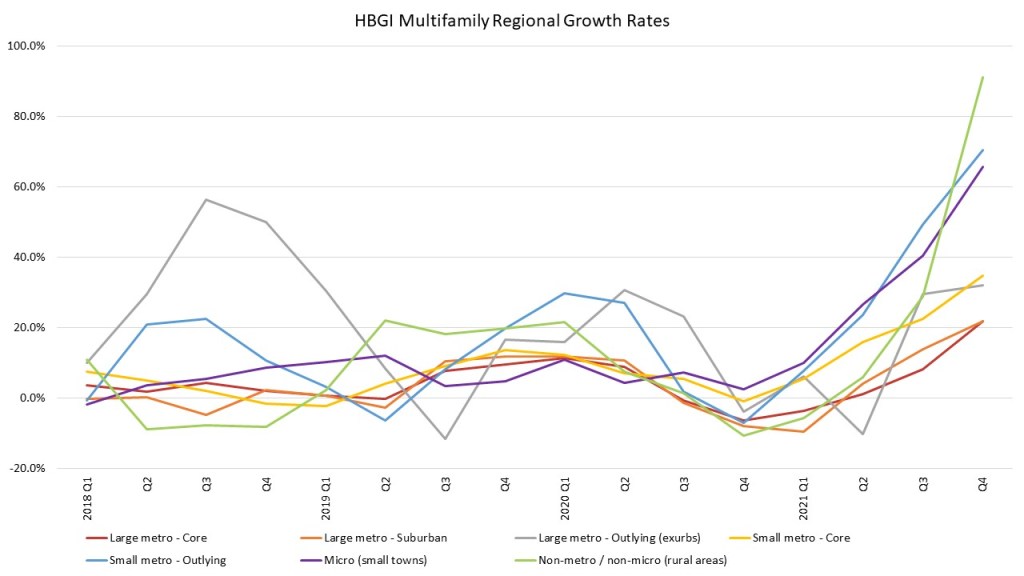 Major metro suburbs posted a market share gain of 0.3 percentage points relative to the second quarter but retained a 0.2 percentage loss relative to the fourth quarter of 2020 due to prior periods of weakness. Overall, 66.5% of multifamily development occurred within large metropolitan statistical areas (MSAs), 27.4% in small MSAs, and 6.1% rural areas and small towns. Small MSAs are those with less than one million total population.

A forthcoming analysis in this series will cover regional developments in single-family home building for the fourth quarter of 2020.