Originally Published by: Construction Dive — September 7, 2021
SBCA appreciates your input; please email us if you have any comments or corrections to this article.

It’s been her life, growing up in a small Canadian oil town where her father was a contractor, to now, working as an executive at a subcontracting firm. And she knows the toll it can take on the body and mind. When she was in high school, her father’s best friend took his own life. The ensuing funeral laid bare some painful truths about how the industry approaches mental health.

"Everybody knew, but nobody would talk about it," Walker said.

Walker is now the vice president of finance and administration for SSC Underground, a Phoenix-based boring and excavation company. She is also the former chair of the Construction Industry Alliance for Suicide Prevention, serving from 2016 to 2020.

Mental health issues, including suicide, affect the construction labor force at a much higher rate than most other occupations. The Centers for Disease Control and Prevention called the suicide rate for construction workers "alarmingly high."

With this in mind, executives like Walker are seeking to help their employees and change the wider industry, and are framing their pursuits in a way that bypasses the stigma.

One of the shifts that Walker credits with helping people pay attention to the problem is that in recent years, many construction firms have put mental health under the umbrella of a risk-management mindset. Walker said that because construction is such a safety-conscious profession, framing it as a safety issue has been a boon.

"When you look at it from risk management, you can create the business case, and you can see how it can benefit the business and everybody in the business by paying attention to it," Walker said.

Her company is mandating 90 minutes of safety training on recognizing suicide warning signs, along with teaching how to have a conversation with colleagues about the topic, according to Walker.

"It's equipping them with those skills to use in the workplace, if they have a co-worker, but also, they can take those home and use them in their personal lives as well. Because, you know, suicide obviously isn't isolated just to our industry, it's a societal issue," Walker said.

A culture of caring

Todd Lofgren, executive vice president and general manager of Skanska USA Building in Bluebell, Pennsylvania, told Construction Dive that it is important for Skanska to have a strong culture of caring for mental health at its jobsites around the world.

"At work, we are only aware of a portion of what someone is dealing with. As a result, we find it important to educate, raise awareness and point anyone who may be struggling, or know someone who is struggling, toward available resources," Lofgren said in an email. "We continue to remind individuals that it is OK to show concern and have discussions regarding how people are feeling, if they are struggling, and if so, encourage them to seek assistance."

Lofgren noted that the challenges of the COVID-19 pandemic have hit the construction industry, even though it was deemed essential in the early days of the outbreak. 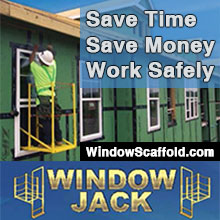 "Many construction workers were deemed essential and as a result, were particularly impacted by the pandemic due to the mental and physical demands brought on by COVID-19," he said. "During that time, and always, Skanska remains committed to protecting the whole worker. We focus on the human side of safety, stressing both mental health and an injury-free environment. We encourage ourselves to be vulnerable in an industry that often has a difficult time speaking up."

Skanska offers a variety of support and resources for employee wellbeing, including access to an employee assistance program and in-network insurance coverage for mental health services.

"What COVID has made clear is that health and safety means taking a comprehensive approach to wellness," he said. "The CDC's mental health guidelines were helpful in shaping our programs because they provided the resources and scientific backing behind the procedures and resources that we were already putting into place."

Click here for more information about suicide prevention in the construction industry.