Beyond Demographics, This Fact Will Drive Housing Starts

Originally Published by: NAHB — June 3, 2021
SBCA appreciates your input; please email us if you have any comments or corrections to this article.

The median age of owner-occupied homes is 39 years, according to the latest data from the 2019 American Community Survey. Compared to a median age of 31 years in 2005, the U.S. owner-occupied housing stock is aging gradually. The residential construction continues to fall behind in the number of new homes built especially after the Great Recession.

This aging housing stock signals a growing remodeling market, as old structures normally need to add new amenities, or repair/replace old components. Rising home prices also encourage home owners to spend more on home improvement. Moreover, the number of owner households has been rising since the third quarter of 2016. This indicates a strong rising demand for new construction over the long run, as current owner-occupied housing stock is older. 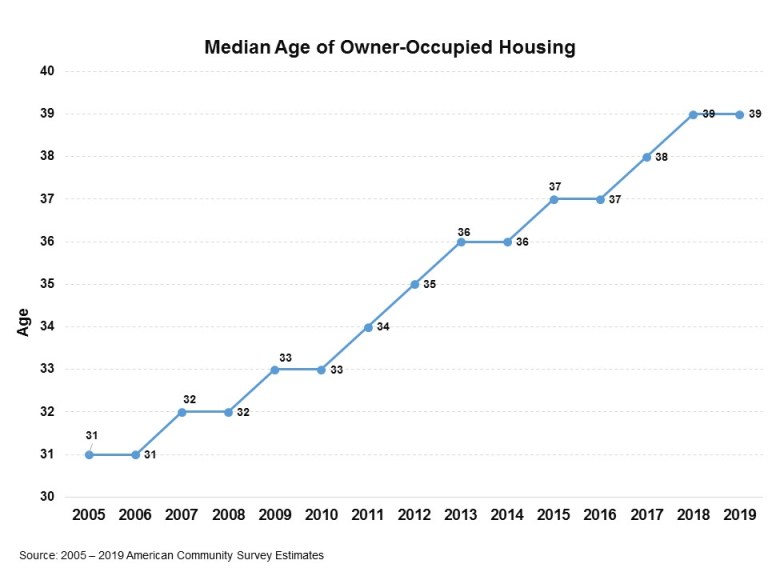 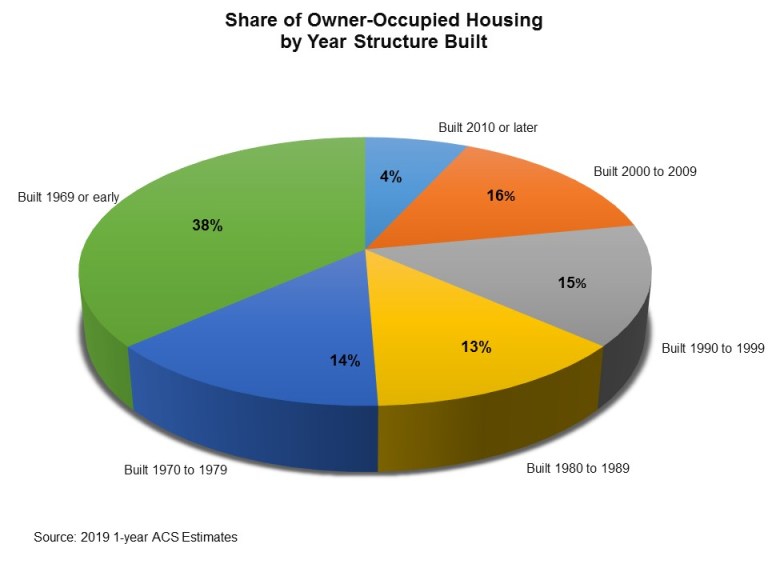 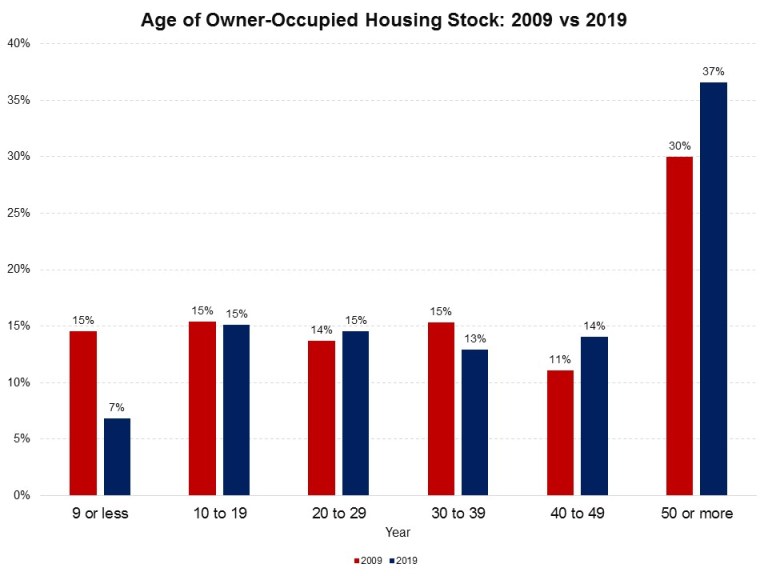