Originally Published by: NAHB — March 15, 2022
SBCA appreciates your input; please email us if you have any comments or corrections to this article. 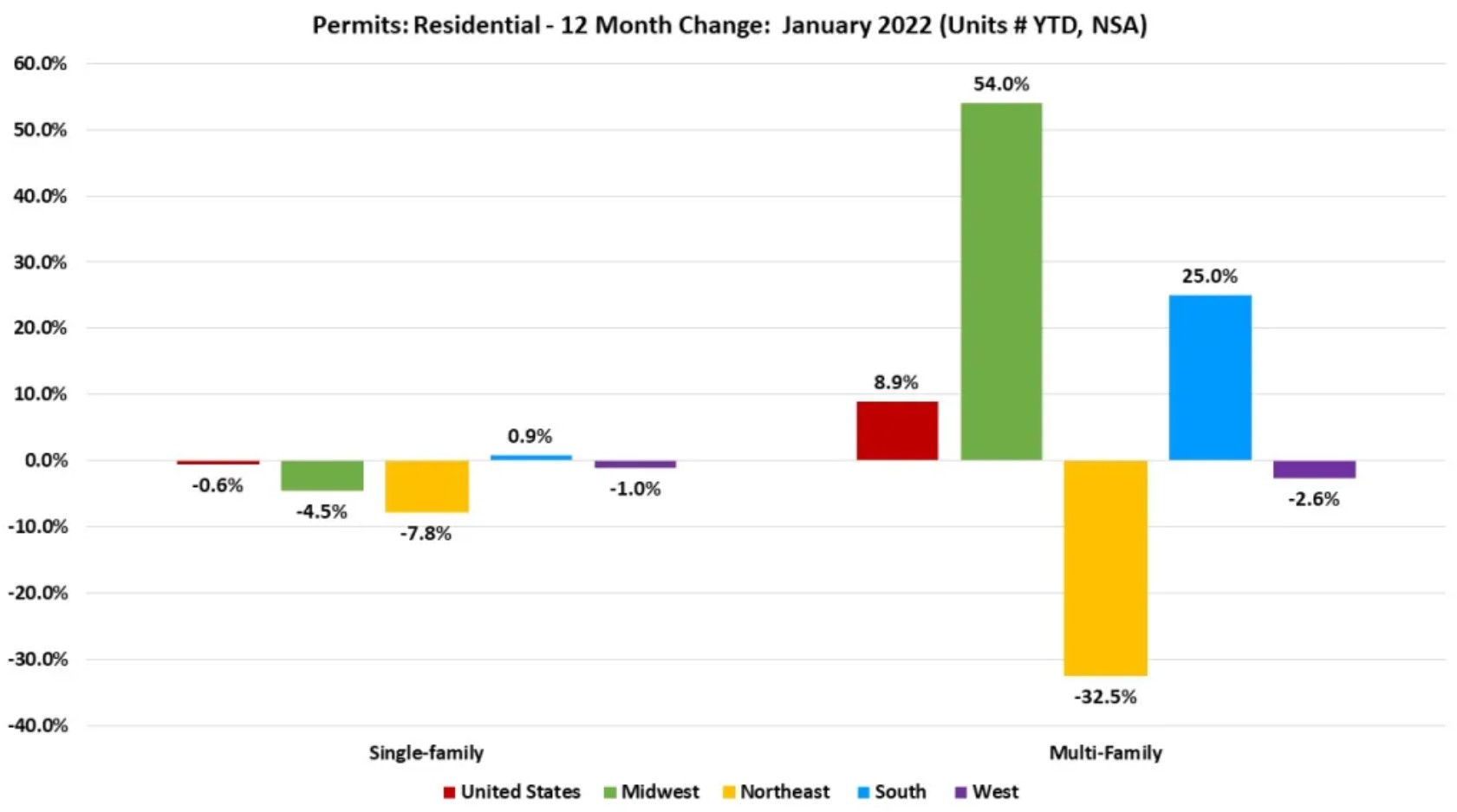 Year-to-date ending in January, single-family permits declined in three out of the four regions. The South posted a small increase of 0.9% while the Northeast region reported the steepest decline of 7.8%. The Midwest declined by 4.5%, followed by the Western region (-1.0%). Multifamily permits posted increases in the Midwest (+54.0%) and the South (+25.0%) and declined in the West (-2.6%) and the Northeast region (-32.5%) in January compared to last year. 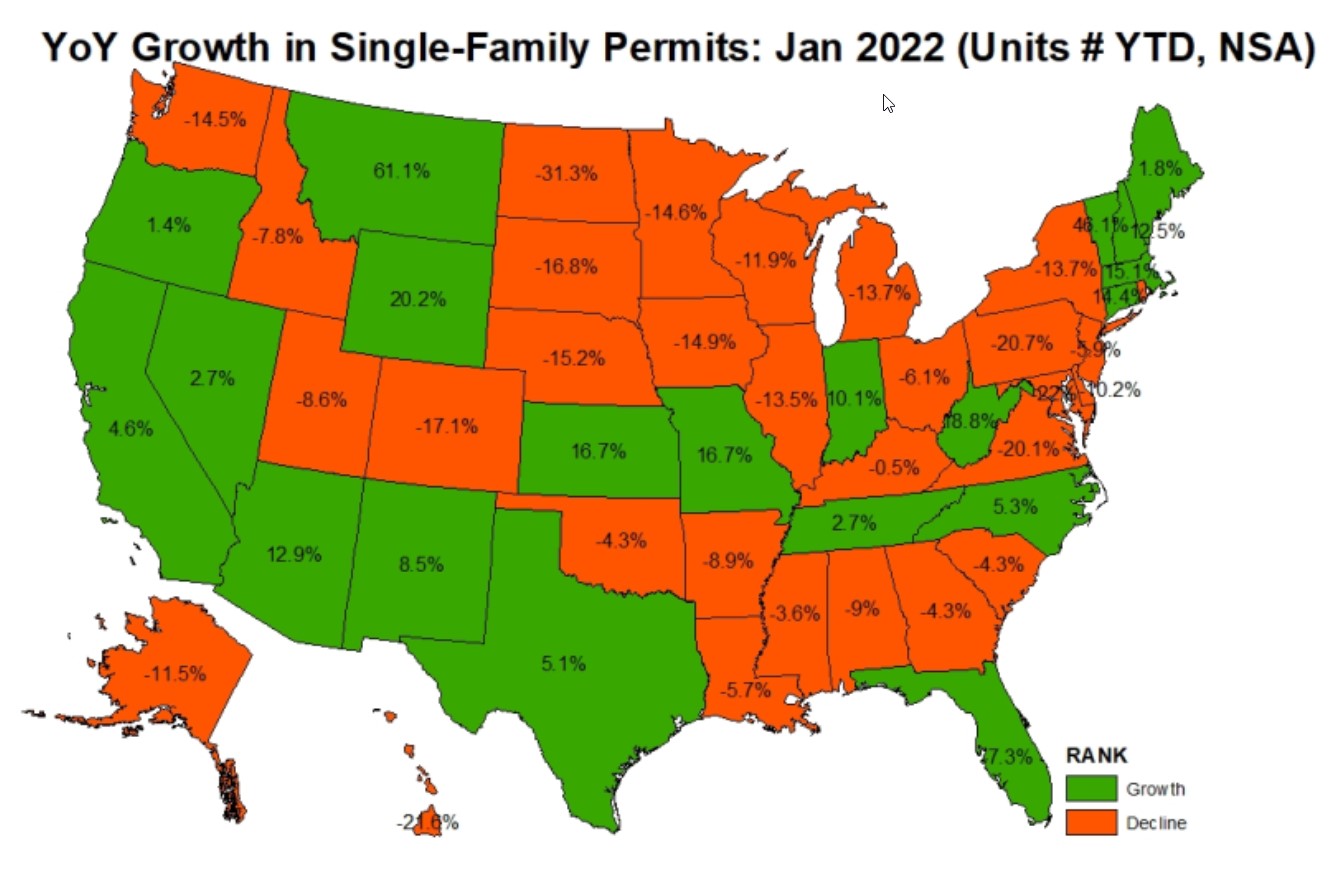 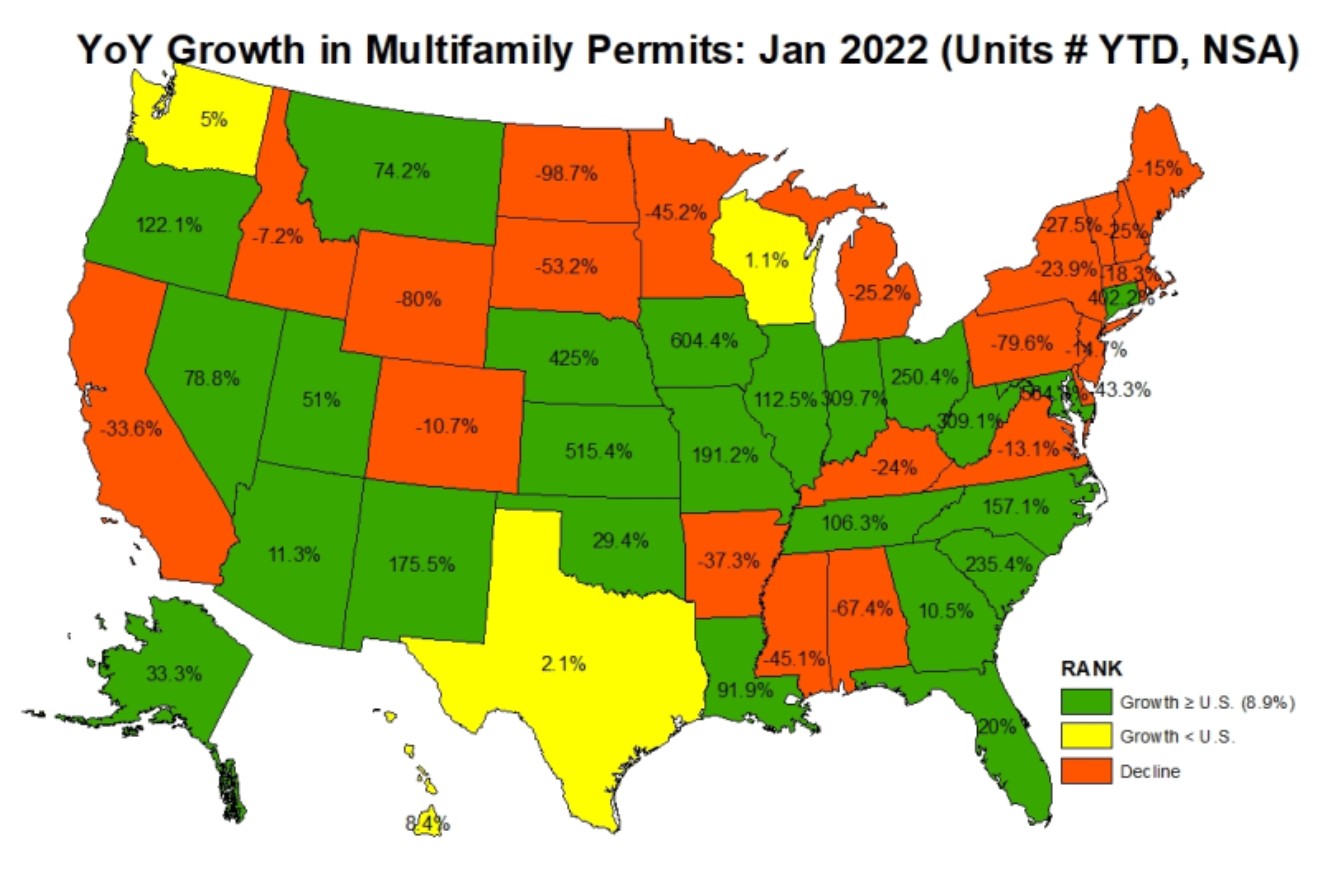 At the local level, below are top ten metro areas that issued the highest number of single-family permits. 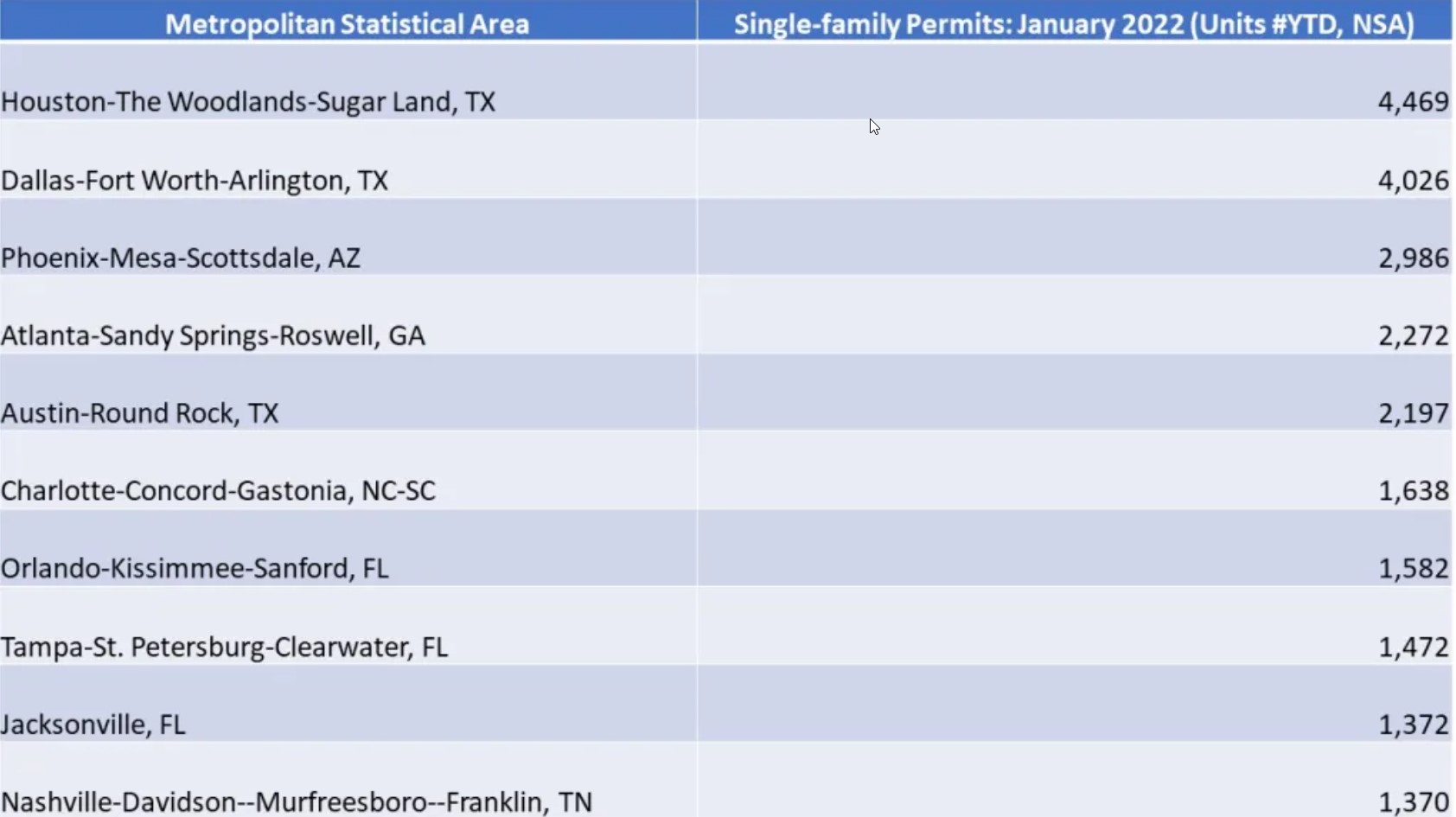 For multifamily permits, below are the top ten local areas that issued the highest number of permits: 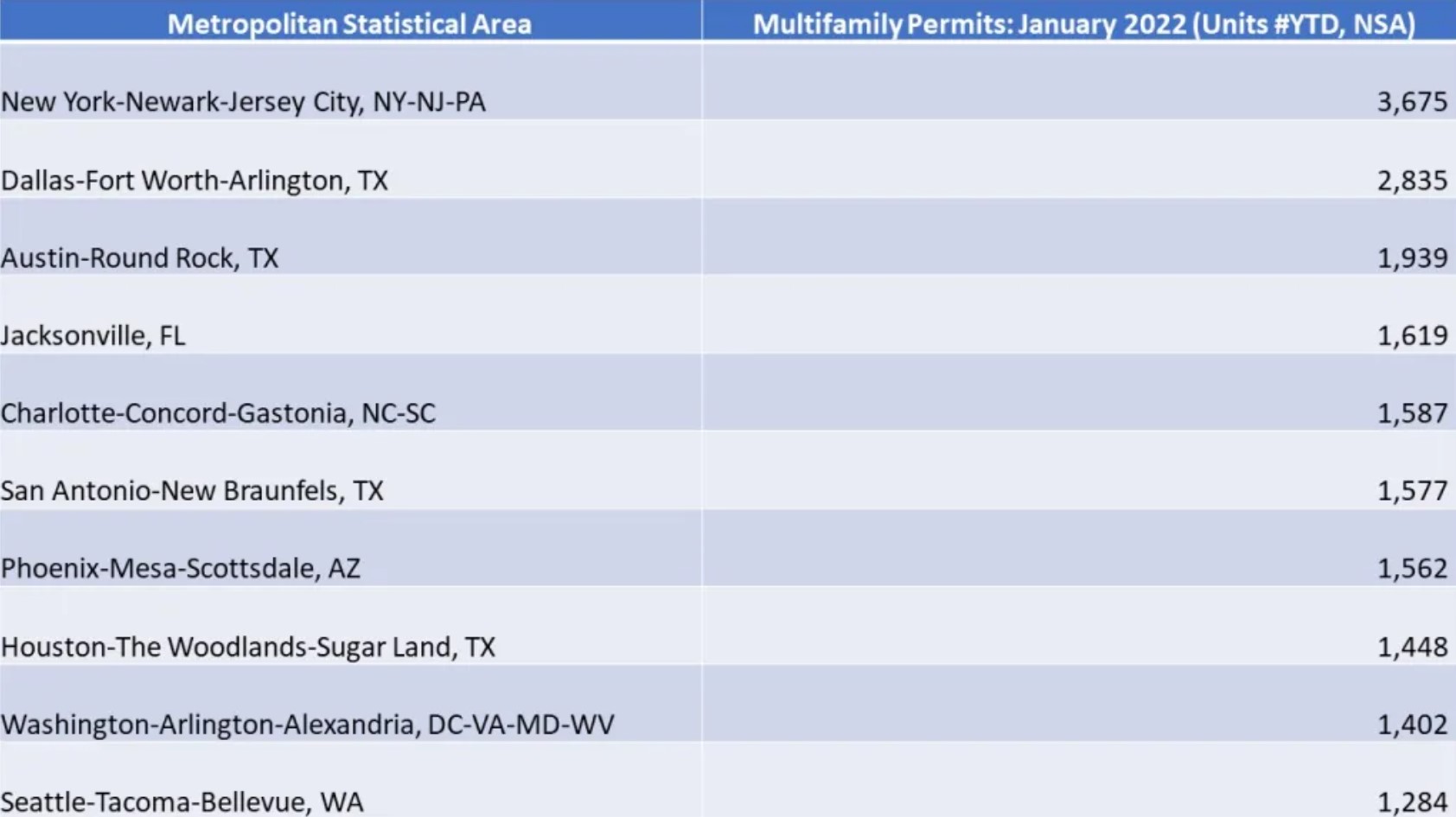