Originally Published by: Construction Dive — March 30, 2022
SBCA appreciates your input; please email us if you have any comments or corrections to this article.

Bill Seery knows prefabrication isn't always the right fit, but still pushes for the technique to help inform every project.

Consigli Construction recently added Seery as its new director of prefabrication, the Boston-based contractor announced. He was a co-founder of SurePods, the first U.S. company to integrate construction and manufacturing processes to produce custom, prefabricated bathroom units for commercial construction.

In this new role, Seery will work with preconstruction teams, design teams and clients to identify prefabrication opportunities throughout the Northeast and Mid-Atlantic regions.

Prefab refers to building any component of the project offsite, such as pre-assembled wall panels, and later bringing that on site for final assembly. Modular construction refers to fully built, box-like units which make up the entire structure after assembly on site.

While modular techniques still have not clicked into mainstream construction, Seery said prefab construction is making inroads in the industry. For example, Consigli is currently working on one modular project, said Seery, but has used prefab techniques on more than 100 projects to date. 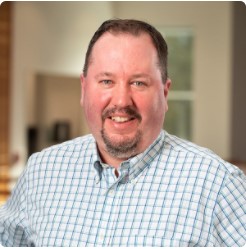 Construction Dive caught up with Seery to discuss his new role, trends and which sectors are best positioned to include prefab techniques.

Editor's note: This interview has been edited for clarity and brevity

CONSTRUCTION DIVE: Can you tell me about incorporating prefabrication techniques in a traditional construction project?

BILL SEERY: That's my role, it's trying to make it as easy as possible within the consulting team. So identifying that moment in time early in the process. You can still do stuff prefab late in the game with any one trade. You can still ask, for example, your plumbing subcontractor if they have a shop or warehouse to do a little bit of single-trade prefab.

So, part of my role is to educate and capture prior lessons learned. One of the things I think in construction that's a challenge is you don't want it to be like you're recreating the wheel every single project.

You have to weigh all the factors.

What's the size of the project? Is it a renovation? Where is it? What's the labor availability? What's the subcontractor coverage? Is it a big hotel with a lot of repeatability that you could do something like bathroom pods? Does it have a very repeatable exterior so you can skin a facade with a panelized, prefabricated exterior panel?

Because here's the trick, if you don't consider prefabrication, you're still making a choice, and that choice is to go full on traditional construction.

What are some of the latest trends in prefabrication?

That's the enabling technology that drives everything we do. Almost every large contractor now, including Consigli, has a really talented VDC/BIM team.

They work to coordinate with the architects and subcontractors and suppliers to bring their model in so that you can see everything digitally beforehand. That's allowed us to progress into what I'll call heavy, multitrade prefabrication.

We are talking about the entire boiler and chiller systems from the penthouse level of a large building, let's assume a lab building for illustrative purposes, and breaking it down into a bunch of pre-fabricated skids that deliver the system into the building prefabricated.

The skids are then connected at the jobsite. It can dramatically condense critical path construction of the building, which by default can't be started until the penthouse structure is complete.

So I think that's the trend now. You see more complex assemblies, but it's only possible because of digitalization.

What are some projects Consigli is working on that include prefab techniques?

We're actually wrapping up a project up in Salem, New Hampshire, right now for Mass General Brigham hospital, and there's a lot of prefab building on that.

We've also got a lot of stuff we're working on right now that's more of that multitrade collaboration. Whether it's the mechanical super skids to just encouraging our MEP subs to do stuff back in their shops, which they are doing.

What sectors are best positioned to benefit from prefab?

Definitely the ones that are most accepting of it and driving it would be the healthcare and life sciences markets. These are probably some of the most innovative areas anyways, and they are doing heavy planning upfront when you're in the early schematic and planning phases.

In healthcare, it could be things like pods, definitely headwalls behind each patient bed. Then on life sciences, the labs. You've got a lot of piping going on in those units and partition walls inside, as well as the mechanical pump stations and super skids on the roof.

Also hospitality, which has been really slammed during COVID-19. But as that comes back, Marriott and Hilton and so on are pushing this because for them, it really is time is money.

So I say those are the sectors that we see it the most in. Almost everywhere when you get outside of one-off residential homes. Outside of that, almost everything represents something you can prefabricate.