…but the story behind the development of SBCA’s Digital QC is alluring.

“I’ll be the first to admit that quality control (QC) is not sexy,” says Scott Ward, principal at Southern Components and past chair of the SBCA QC C ommittee. “But I would argue it is an essential part of the production process. If you aren’t doing everything you can to ensure you are putting out high quality products in the most efficient way, you are going to find it difficult to compete in the
years ahead.” 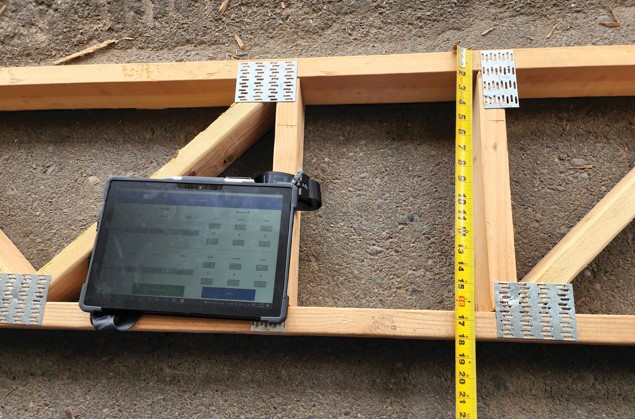 SBCA recently announced the broad release of its Digital QC program, available at no cost to any component manufacturer (CM) member. Scott, and the rest of the CMs on the QC Committee who have put sweat equity into the program’s development, know this software is a game changer. But to appreciate what they know, it’s necessary to explore the motivations behind its development and what SBCA wants to achieve by offering it to members for free.

QC Had a Problem

When Scott got involved in SBCA, he didn’t intend to become a spokesperson for the industry’s in-plant QC. “My dad was big into QC. He understood the risk of not looking closely at the products we were sending out into the field, so we always did in-plant QC inspections, no matter what,” says Scott. Scott grew up with that mindset, so when he showed up at SBCA meetings and discovered that not everyone had the same commitment to the QC process, he was a bit surprised. “I remember being floored. I was shocked other people didn’t see how important it was.”

Anyone sitting on the fence regarding digital QC, knows that the game has changed,” Scott concludes. “If you don’t take advantage of this free tool and use it to its full extent, you will eventually be left behind.”

When the Truss Plate Institute (TPI) first developed the standard governing in-plant QC inspections in the 1970s, its motivation was to provide guidance on how to ensure that the metal plate-connected wood roof trusses being fabricated in a plant would perform as expected in the field. No one wanted to see a truss fail, especially due to improper assembly. The industry was still fighting for market share and the last thing any CM needed was examples the competition could point to that would cause doubt in builders’ minds about the effectiveness of offsite construction. With that in mind, the in-plant QC inspection process focused on the critical joints of a truss, specifically, the orientation and embedment of connector plates at those joints. 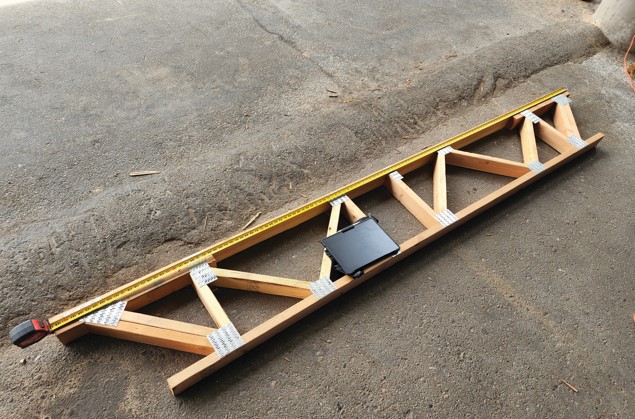 The practical application of that QC inspection standard resulted in a complicated and time-consuming process that required highly trained, and preferably, veteran employees to disengage from the production process, print out a bunch of truss design drawings (TDDs), head out to the yard armed with a clipboard, pencil, vellum paper, and measuring tools, and spend an afternoon struggling through checklists and trigonometry. It was a less-than-ideal solution to an extremely necessary endeavor.

“The challenge was real. I sat through years of QC Committee meetings where it was clear everyone struggled with in-plant QC inspections and no one really knew how to do it any better,” Scott continues. “I think the lack of a clear solution created a lot of apathy around QC in our industry.”

“In the mid-2000s, technology was being successfully leveraged in the truss design process, and it was really coming into its own in the machinery,” says Scott. “In reality, the start of the Digital QC program was trying to find a way to enter manual inspection data electronically to speed up the process and be able to access the information more quickly.”

That effort progressed slowly until the industry’s motivation for in-plant QC inspection suddenly changed. “As weird as it sounds, student housing had a profound impact on our industry,” says Scott. Wood framing in multi-family buildings was certainly not new, but the introduction of college house parties with large numbers of students dancing synchronously to music introduced unanticipated loading conditions to floor truss assemblies throughout the U.S. The failure of those assemblies on account of misuse coupled with poor handling, storage, installation, and bracing on the part of contractors, led to careful scrutiny of every aspect of floor assemblies. “We started getting reports of building inspectors going out and measuring plate embedment gaps on every truss joint in a building with credit cards,” says Scott. “That got everyone’s attention. Prior to that, inspectors really hadn’t been focused on individual trusses. It was clear they were trying to quickly educate themselves.”

The SBCA Board and Executive Committee discussed potential responses to this sudden shift in scrutiny, and the conversations invariably circled back to in-plant QC and the industry’s need to maintain better QC records on product quality coming out of the production facility, rather than relying purely on jobsite inspections. A lot can happen to a truss joint between jobsite delivery and the final framing inspection, and the more CMs could document the conditions of the joint prior to it leaving their possession, the better equipped they were to respond if questions arose later.

The problem was that not enough CMs were using a formal in-plant QC program because it was seen as too complicated and time-consuming to fully invest in. “The return on investment with manual QC just wasn’t there in the minds of too many CMs at that time,” says Scott. Concluding it was the best solution to counteract the existing and anticipated changes in field inspections, the SBCA’s Board approved funding for the development of a fully digital, in-plant QC inspection program.

Initially, there was a lot of debate about what needed to be digitized and how it should be done. “But we quickly landed on using the tool many people were already comfortable with: their mobile devices,” Scott explains. “That quickly led us to utilizing the video camera on those devices to record each inspected joint, which promised to speed up the joint inspection and data collection processes considerably.”

This simple solution potentially addressed two significant challenges: first, it sped up the inspection process by reducing or eliminating the most painful and time-consuming (read: expensive) aspects of in-plant QC inspections; second, it created digital records of QC inspections which would both improve the effectiveness of the program, but also reduce CMs’ exposure to unnecessary risk if problems arose later on in the field. “We were so focused on solving the risk piece in the beginning,” Scott goes on to say, “but it was awesome we could also address the things that had been holding in-plant QC back for so many years.”

An added benefit is that the digital approach also increases the accuracy and objectivity of inspections. “The camera can’t lie and the software can’t manipulate numbers,” says Scott. “When your team makes a mistake, you know it immediately and so you can go back and fix it immediately. You can retrain or recalibrate right away and ensure what is going out the door is right. Having the assurance that your product is a quality product is great, but the real power of the digital QC program is quick access to objective QC data. It allows CMs to make faster and better decisions on how to continually improve their production process.”

“Anyone sitting on the fence regarding digital QC, knows that the game has changed,” Scott concludes. “If you don’t take advantage of this free tool and use it to its full extent, you will eventually be left behind. Someone else in your market will be using it in the very near future. They will benefit from the improvement in quality it brings, the production efficiency the data will enable them to find, and the security in knowing they have digital proof of quality work in the event of questions or criticism on the jobsite.”