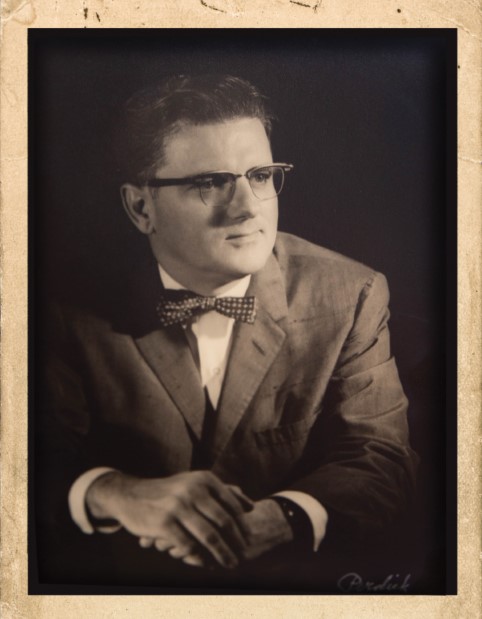 Who conceived the truss industry as we now know it? Was it A. Carol Sanford, who many believed invented the first truss plate, or J. Calvin Jureit, who invented the plate that didn’t require nails? I would contend the answer is found in Jureit’s enduring legacy.

Jureit foresaw an industry that would automate the manufacture of building components. In fact, he named his young company Automated Building Components (ABC), a name that would later be borrowed by startup component manufacturers and is still in use today. That name encapsulates what this industry has been working toward for over 60 years, something much larger than the truss plate. Yet that plate was the entrée into today’s highly computerized engineering software and increasingly automated manufacturing. Carol Sanford, an outspoken architect and industry pioneer, drew recognition away from Cal Jureit, the quiet engineer, by the sheer force of his personality. But was it enough that his patent for a connector with teeth came first? 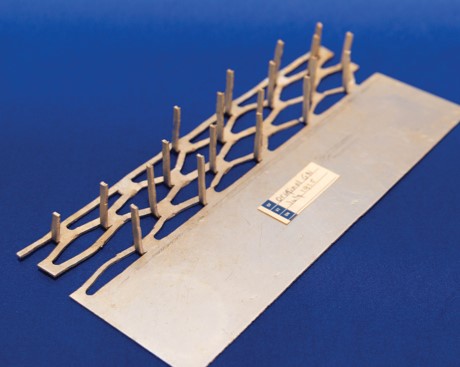 The genius of Cal's design was eliminating the need for additional nails to give the connector plate holding strength.

The wood truss industry was born in the 1950s in a testing lab run by Jureit and frequented by clients trying to gain Dade County Florida Code approval. Because the Code section dealing with truss design had been shaped by Jureit, people flocked to his lab to test truss connections. One of them was Sanford, then working for Paul McKinley, who designed a series of light gauge metal connectors called H-Braces, likely the first to contain both nail holes and triangular teeth. Although the H-Braces eventually tested out, Sanford wasn’t satisfied with the excessive amount of nailing they required. So, he continued to submit alternate designs, culminating in the Grip-Plate, which included many more triangular teeth than the H-Braces, but required fewer nails. While 4 nail heads are depicted in the joint shown here, Sanford’s engineering actually called for 25 nails for a connector of this size (one nail for every 2 square inches of connector). If this were part of a 26’ truss, a total of 200 nails would be needed, 100 per face. In the days before pneumatic tools, that involved a lot of hand-nailing, and also necessitated flipping the truss to plate its back face. Jureit surely noticed this less-than-optimal result, but initially didn’t do anything about it.

Jureit foresaw an industry that would automate the manufacture of building components. 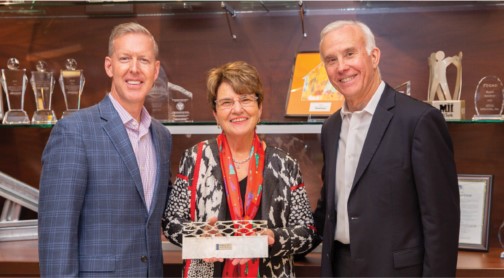 Several years later and still bothered by the unsatisfying results of his earlier work, Jureit moved away from the testing of connectors to form his own foundation design firm. One day, while at church, the idea for a nail-like connector came to him. (The devout man that he was, he later apologized for letting his mind wander during the religious service.) Afterwards, he returned to his garage where he fashioned a prototype from a piece of aluminum (now on display at MiTek’s headquarters). Later that year, he perfected the configuration of teeth and designed fixtures to clamp truss joints tightly together. In 1956, he applied for a patent for his Gang-Nail connector (excerpted here). Jureit, the consummate engineer, has had initially planned, “…to stick to my engineering only in furnishing truss designs, thinking that both connector plates and machinery could be furnished by others.” However, he had to take on the manufacturing himself when he was unable to find reliable sources. That meant building dies, stamping plates, and fabricating truss machinery, forming the basis of the full-service model that survives to this day. He began to sell his new connector in south Florida with good success, but he hit the jackpot in 1958 after exhibiting at the National Homebuilders Show (now the International Builders Show). After returning from the show, the builders headed to their local lumberyards, requesting Gang-Nailed trusses. Even show attendees from overseas sought the connector, encouraging Jureit to extend his propecting around the world in the summer of 1959. The Gang-Nail plate had now reached the mainstream, but also attracted scores of imitators who found ways around Jureit’s patent. 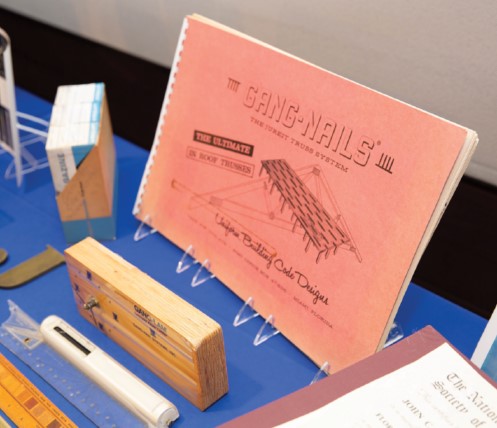 By 1960, more than a dozen plate manufacturers had followed Jureit and Sanford in supplying an expanding housing market. Under Jureit’s leadership, they banded together to form the Truss Plate Institute (TPI), electing him as its first president. Among the other founding members was Bill McAlpine, who then worked for Carol Sanford. The minutes of the meeting underscore the group’s reliance on Jureit’s high standing and ethics. His first task was to file articles of incorporation with the State of Florida, for which he engaged his brother, Bill, an attorney. His most important job, though, was to satisfy the Federal Housing Agency’s (FHA) demand for a design code for plated trusses. Fortunately, Jureit already had authored such a code for Dade County, and it became the basis of TPI 1960.

With the subsequent acceptance of TPI 1960 by all the national codes, truss sales increased dramatically. Although housing starts were flat, plated trusses continued to displace stick framing. Jureit hired well-respected professionals to promote the Gang-Nail connector across the U.S., while his brother Bill did the same in English-speaking countries around the world. Their efforts brought in a deluge of orders, requiring the Jureits to triple the size of their facilities, as well as invest huge amounts of cash, which quickly overtaxed their family’s finances. In an incredibly shrewd business maneuver, Jureit took ABC public in 1963, while still retaining control. That move provided abundant capital, which he used to grow his company much faster than his privately owned competitors, and which propelled him to become the dominant supplier. As further evidence, ABC shares gained a listing on the American Stock Exchange in 1968.

At left is A. Carol Sanford's original patent concept that required significant nailing after application. At right is Cal's "gang-nail" connector plate patent, which eliminated the need for additional nailing. 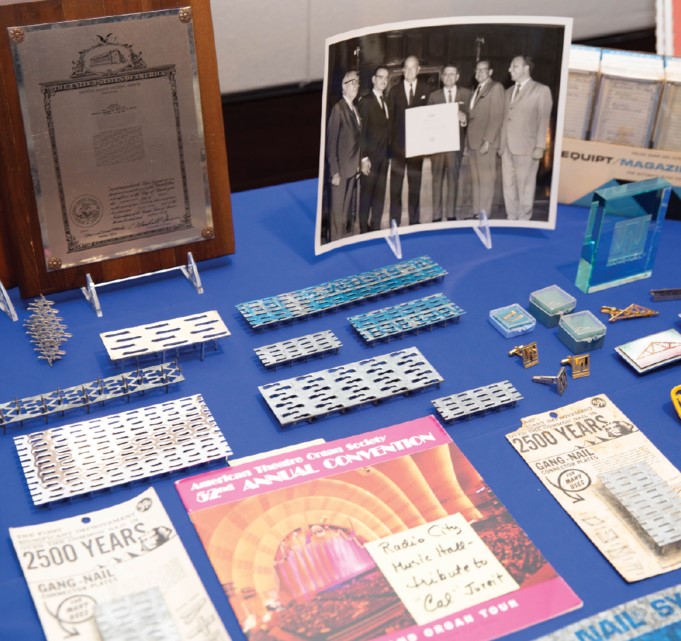 While several fabricators found ways around Cal's patent to imitate his connector plate solution, Cal's full-service model kept him and his company one step ahead of the competition.

In the early 1970s, the doubling of housing starts along with the increased market penetration of trusses brought unprecedented growth to ABC and the rest of the industry. ABC introduced Auto Truss and Auto Pan for wall panels, as it continued to add engineers and software developers. It was the first to install a large mainframe computer and host its own timesharing network. In 1974-75, a crippling recession hobbled much of the industry, but booming international sales helped fill ABC’s coffers and continue its aggressive expansion. When business bounced back as quickly as it had subsided, Juriet was best positioned to pick up more market share, especially since his largest competitor, Carol Sanford, was in the process of liquidating his business.

By 1975, there were 1800 truss fabricators, and Jureit strongly backed the establishment of a separate organization to represent them, urging his longtime customer, Charlie Barns, to head a steering committee. This effort led to the creation of the Component Manufacturers Council (CMC), the forerunner of WTCA/SBCA. Shortly afterwards, with almost no fanfare, Cal Jureit turned over leadership of ABC to Bill, and quietly retired. It seemed to many that Jureit had achieved what he set out to do, and he was comfortable leaving the company to those he had hired to take it to the next level. His later successor as President, Tom Manenti, described him as “a serious inventor and sound businessman…(who) added value via engineering and machinery…a pioneer in mainframe computers…a visionary who changed roof construction.” Cal Jureit’s greatest contribution to the industry was the example he set for a generation of entrepreneurs, like Charlie Barns and Dick Rotto, co-founders of Trussway. Just as Jureit offered much more than a truss plate, these founders offered much more than a truss; they provided the best engineering, manufacturing, and professional support systems. 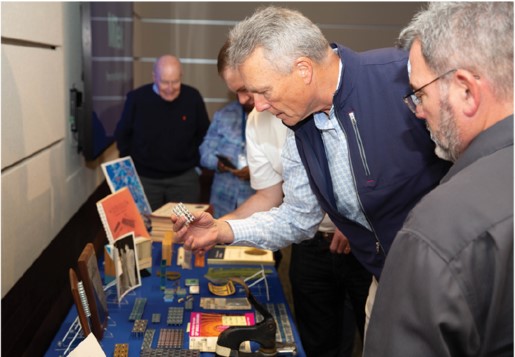 About the Author: Joe Kannapell began his career in the truss industry with Hydro-Air Engineering over 50 years ago. His final promotion to Senior VP of Sales at MiTek reflected his life-long commitment to serving component manufacturers and bettering the industry. In retirement, Joe isn't slowing down. One of his passions is to record and preserve the history of our industry. This article is the first installment in a series he plans to write on some of the industry's founding fathers that he knew well. If you'd like to contribute to this effort, please reach out to us at media@sbcacomponents.com.