Originally Published by: Eye on Housing — December 1, 2021
SBCA appreciates your input; please email us if you have any comments or corrections to this article. 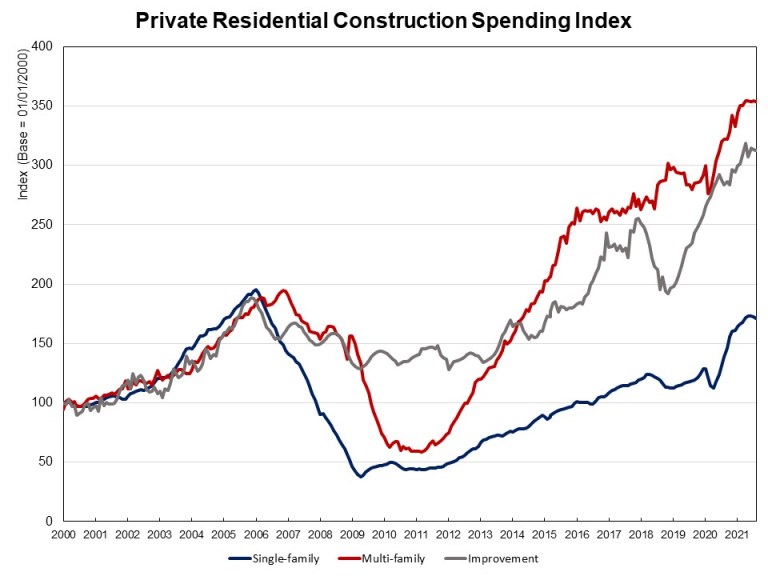 Private nonresidential construction spending increased to a seasonally adjusted annual rate of $470.3 billion in October, a 0.2% increase from upwardly revised September estimates. And it was 3.1% higher than a year ago. The largest contribution to this month-over-month nonresidential spending increase was made by the class of commercial ($9.9 billion), followed by manufacturing ($2.9 billion), and class of health care ($1.4 billion). 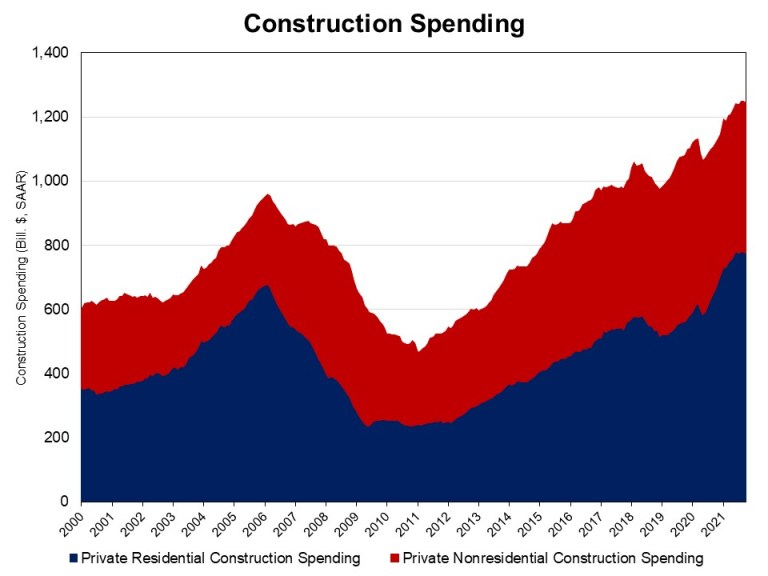