Map: The Median Age of Framers May Surprise You

Originally Published by: NAHB — May 26, 2021
SBCA appreciates your input; please email us if you have any comments or corrections to this article.

NAHB analysis of the most recent 2019 American Community Survey (ACS) data reveals that the median age of construction workers is 41, the same as a typical worker in the national labor force. While the residential construction has been adding jobs during the pandemic, access to skilled labor is still a business challenge in 2021. 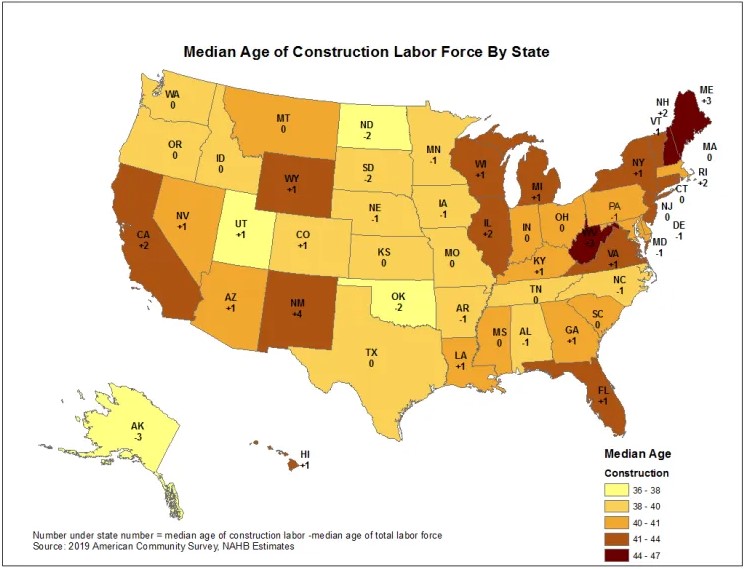 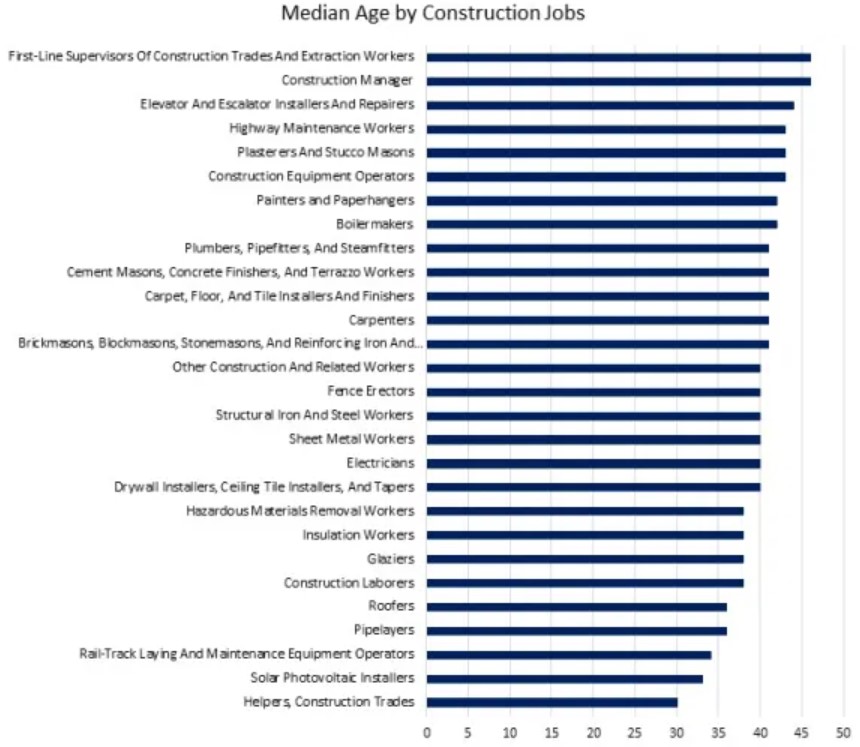