Originally Published by: NAHB — September 22, 2021
SBCA appreciates your input; please email us if you have any comments or corrections to this article.

A reversal is taking place in the construction pipeline. 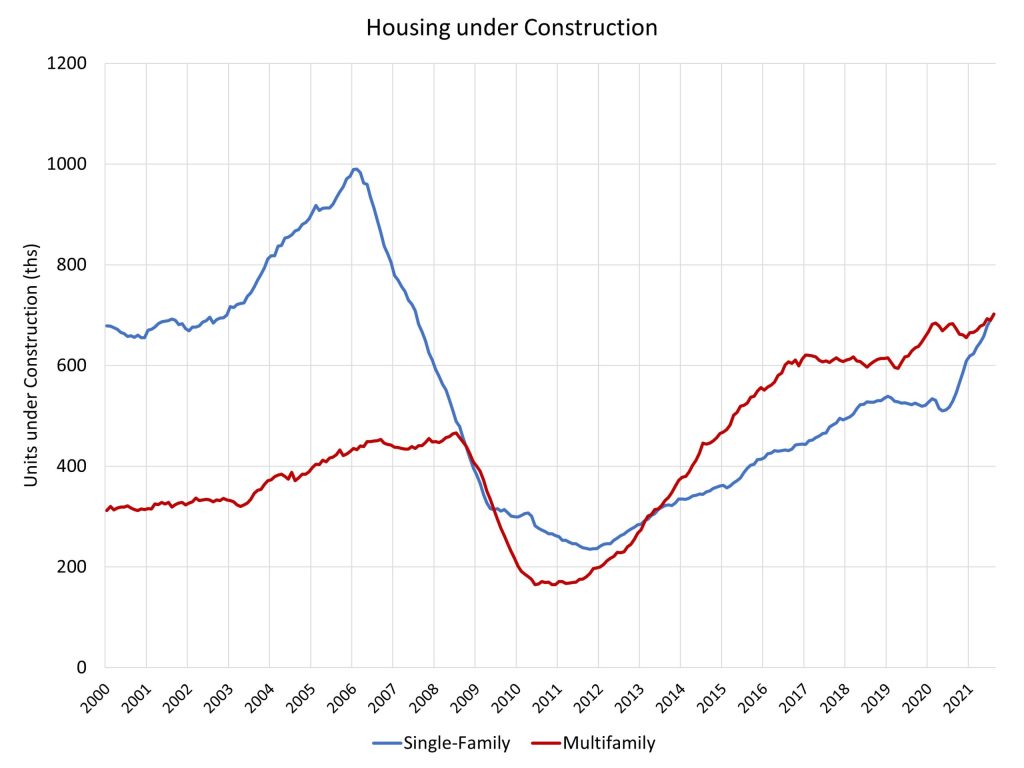 The gap has been diminishing since early 2017 and as of June it closed, thanks due to an acceleration of single-family home building during the second half of 2020. As of July, there were 690,000 apartments under construction…and 691,000 single-family homes.

There are a lot dynamics underneath these statistics of course, including longer multifamily build times, lengthening construction times for all kinds of housing, single-family construction cooling in 2021, and a rebound for multifamily development this year. On net, we could see these data series remain close for the next few quarters.