Marijuana Legalization: Its Affect on the Workplace & Policies

Originally Published by: Jo Vonna Hill, Pagel, Davis, and Hill, PC — April 26, 2021 -- updated May 13, 2021
SBCA appreciates your input; please email us if you have any comments or corrections to this article. 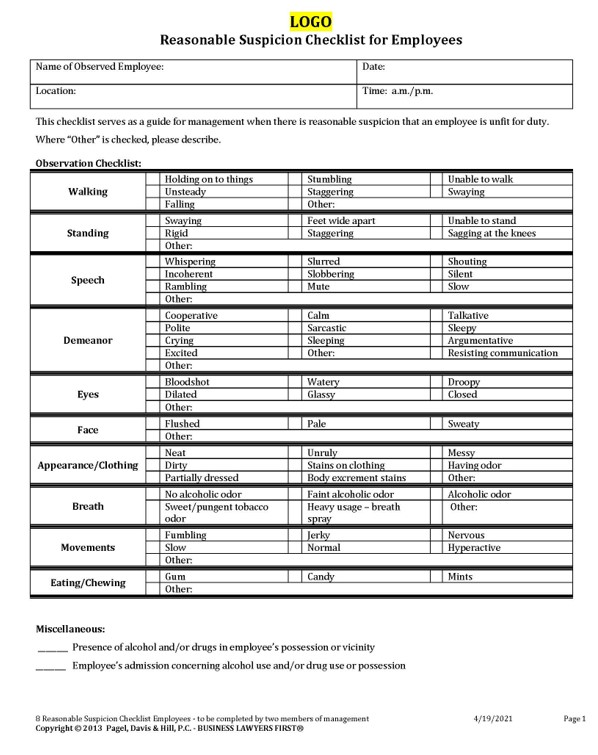 As of 2021, most states have legalized some form of marijuana use ranging from recreational to medicinal use, or the use of cannabis-based products with low tetrahydrocannabinol (THC) levels.  These laws which give various protections for employees and applicants create increasingly difficult issues for employers to navigate.  For example, states now have different rules on when a test which is positive for THC can be used to discipline or to refuse to hire a worker and what steps employers must take before they can take adverse employment actions.  Some states allow employers to discipline, fire, or refuse to hire anyone who tests positive for marijuana use, while other states provide some employment protections for registered medical marijuana users.

Employers should already be dealing with the use of other intoxicants in the workplace including alcohol and other drugs.   Marijuana is more complicated because there is no way to accurately measure impairment from marijuana use through blood or urine drug testing.  Trace amounts may appear in the blood or urine test, which may be caused by the legal use of marijuana during protected off work activity; yet such trace amounts do not necessarily demonstrate impairment on the worksite.   Therefore, company practices and drug policies must adjust with the changing laws to align with workforce and safety policies.  Since employers may not depend entirely on drug testing for marijuana intoxication, it is critical that employers become laser focused on the areas in which they do have control and influence.  Employers should focus on ensuring a workforce that is not under the influence of intoxicants through Reasonable Suspicion Testing.

In an ever-changing landscape with very complicated factors, employers can cling to one unchanging fact.  Employers never have to tolerate on-the-job intoxication.  That is why employers must transition away from the dependence on blood and/or urine testing to determine intoxication as it relates to marijuana.  Reasonable Suspicion Testing is a best practice that employers can determine and document when an employee is intoxicated while at work.  Adequate training on how to perform Reasonable Suspicion Testing is critical for supervisors and managers to identity when an employee is impaired by marijuana or other prohibited substances.

Additionally, as of 2021, employers may prohibit any form of marijuana use by employees in safety sensitive positions regardless of laws of the states in which they live and operate.  Employers may implement policies stating that no amount of marijuana consumption is acceptable for those who work in safety-sensitive positions and any level of THC detected in a drug test may be subject to disciplinary action including termination.

Federal law still lists marijuana as a Schedule 1 drug under the Controlled Substances Act, which means that it is deemed to have no medical value and a high propensity for abuse.  Since marijuana use is still illegal under federal law, employees are not entitled to reasonable accommodations under the Americans with Disabilities for marijuana use.  However, certain states may provide specific state law protections.

Employers that operate in states in which marijuana use is allowed by law and the law limits employers’ rights in the workplace should ensure that polices and employee handbooks include language regarding impairment from marijuana.  Following is an example employers may use in employee handbooks and policies:

The National Safety Council (NSC), a nonprofit public service organization promoting health and safety in the United States, released a policy statement in October 2019 expressing its stance on marijuana in the workplace relating to safety sensitive positions. The Company has adopted the following policy based on this guidance from the NSC.  “Where the law of a state, county, or city allows medical and/or recreational marijuana use and limits the abilities of employers regarding marijuana in the workplace, which may include limiting the employer’s right to test for marijuana, the Company prohibits marijuana use for employees in safety sensitive positions”.  An employee who is in a safety sensitive position and tests positive for marijuana will be subject to the same disciplinary actions as outlined for any other drug covered under this policy.

Regardless of whether an employee is in a safety sensitive position, all employees are prohibited from being under the influence of, or being impaired by, marijuana while on the job.  To determine impairment on the job from marijuana or any other substance covered under this policy, the Company may utilize reasonable suspicion testing.

Regardless of the changing laws which give employees more rights to use marijuana, insurance companies can be expected to refuse to cover claims in which an employee tests positive for THC.  Since employers may not entirely depend on drug testing for marijuana in random drug testing, it is even more important that supervisors and managers are diligent and monitor employees for the possible need for Reasonable Suspicion Testing.

Reasonable suspicion testing is a specific, personal observation by two members of management or other company official trained to detect the signs and symptoms of drug abuse or alcohol misuse.  One or more of the following findings must be present to perform reasonable suspicion testing: (1) Articulable observations concerning the appearance, behavior, speech, or body odors of the individual; (2) Violation of a safety rule or other unsafe work incident that leads the manager to believe that drug/alcohol use may be a factor; and (3) Other physical, circumstantial, or contemporaneous indicators of drug or alcohol use.  This report must be completed by at least two members of management at the time determination is being made for testing and returned to the Company representative that is responsible for compliance with the Company’s Drug and Alcohol Program.

Concerns that an employee is under the influence of drugs or alcohol often come from other observers before it is noticed by a supervisor or manager.  Do not send an employee for testing based on hearsay or gossip, rather document the complaint or concerns of others who bring this information forward. Take a few extra minutes to ask what the individual observed, when they observed it, and if others also witnessed or commented on this situation. Also, document if this is something that has been observed in the past (a pattern of behavior) or if it is a new behavior.

If the employee is acting out in a way that appears to be a safety concern for others, remove the employee from the work area immediately and ask him or her to wait in a conference room or an office.

Step 4: Perform Observations by Another Person

The manager who performed the initial observation should seek a second member of management to confirm initial suspicions. This second observer should perform his or her own firsthand observation of the employee.

Both observers should clearly document observations using the Reasonable Suspicion Checklist, including any abnormal behaviors. Be as specific as possible but do not attempt to diagnose the situation. For example, an observation may include:

After the situation has been clearly documented, assess facts to determine next steps. If both observers witnessed behaviors that create a suspicion and are supported by documentation, then proceed with step 7.  If there is conflict, have a third party also complete the Reasonable Suspicion Checklist to help decide.  Send an employee for testing only when all concerns are documented that support a reasonable suspicion.

Meet with the employee and a manager as a witness.  During this meeting clearly explain what has been observed by management.  Explain that to rule out the possibility that the employee is in violation of the Company’s drug and alcohol policy, he or she will be sent for a drug and/or alcohol test. Explaining it in this manner shows the employee that no one has jumped to any conclusions but are following Company policies and procedures; and, if the employee is not under the influence of drugs or alcohol, the test will prove this fact. If a drug testing consent has not been signed previously, have a consent form available at this meeting for the employee’s signature.

Contact the drug test facility to notify them an employee is on the way for reasonable suspicion testing.  Provide the employee with any information needed to obtain transportation home after the testing is complete.

Tell the employee what to do and expect while awaiting results.  The Company should not allow an employee to return to work until the Company has made a final determination based on results.

Refusal to take the test:  The Company drug and alcohol policy should state that the employee’s refusal to go for the test will result in immediate termination.  If the employee refuses arranged transportation and attempts to leave Company premises, never attempt to physically restrain the employee.  If the employee leaves driving a vehicle, take note of the type of vehicle and license plate and contact the authorities to report concern that the employee may be driving under the influence.

If the drug or alcohol test results are negative, contact the employee and reinstate as soon as possible.  However, the Company may choose to discipline an employee for any policy violations and address the concerns that resulted in the Reasonable Suspicion Testing.  Focus on the concerns regarding the employee’s performance, behavioral issues, and/or policy violations to determine next steps in employment actions.

Refer to Company policies on follow what the policy states.  Some policies state that employees with a positive drug test will result in immediate termination. Others may terminate only employees in Safety Sensitive positions.  Some policies provide employees counseling and chances to stay employed.  Whatever the case, make sure all employee actions are compliant with Company policy.