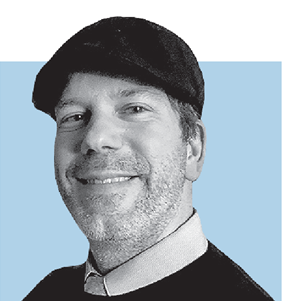 The builder/GC needs to drive better communication between trades

In a recent conversation with Howard Gauger, engineering department manager for Carpenter Contractors of America (CCA), he made a comment that sparked a two-session podcast exploring the benefits of offsite construction (listen at: sbcacomponents.com/media). That comment was essentially, “everyone wants to do a good job.”

At first glance, a sentiment like that in the construction industry may appear overly optimistic, but it's an astute observation when applied to companies instead of individuals. Individuals may have any number of reasons to underperform or overperform at work, but companies continually strive to be good, if not great, to survive and grow. A contracting business, whether it’s a plumber or a framer, is organized and structured to do good work, get paid, and then do more good work.

Howard’s comment was a specific reference to concrete contractors. Almost everyone in the light-frame industry has had to deal with a slab or foundation that didn’t match the plans and the customer put it on the supplier of the framing package to fix the error. This standard approach mostly comes down to the perception that wood is more malleable than stone and therefore it’s cheaper to adjust the framing than the foundation. Whether this is true depends to a great degree on the project.

As Howard and I explored that perception, Howard observed that many times foundation errors weren’t the result of poor craftsmanship, but a lack of understanding about the crucial elements in a given project. Just as most component manufacturers (CMs) aren’t experts in plumbing or excavation, the other trades aren’t experts in framing and load paths.

Howard argues that if the concrete contractor has a better understanding up front of what the crucial elements are, and what tolerances are acceptable on a specific project’s foundation, the company is motivated to do a good job and get it right. The problem is that the supplier of the framing package and the concrete contractor typically only talk after a significant problem is identified and everyone is pointing fingers and trying to figure out who’s going to pay to fix the error. It’s not a model for creating partners and fostering collaboration.

More importantly, who’s problem is this really? It’s certainly not either the CM's or the framer’s problem. Most likely it’s the builder’s or general contractor’s (GC) problem. Even if the subcontractors and/or suppliers eat the costs of the repairs or adjustments and the builder/GC doles out backcharges, the increases in cycle times and headaches associated with revised construction schedules and budget overruns belong to the builder/GC. It is in their best interest to ensure foundation errors that require adjustments to the pre-approved framing package designs never happen in the first place. They are the ones who should be motivated to head this off at the pass.

The challenge is the builder/GC are generalists, and it’s unlikely they fully understand the magnitude of the problem, particularly if, for example, the CM is in the regular practice of accommodating the errors. Howard said that when they initially got into providing the entire framing package (roof trusses, wall panels and floor cassettes) and they ran into a foundation issue on a specific project, they brought in the builder and the builder concluded it was more cost effective to bring the concrete contractor back in to grind down a high spot in the foundation. That painful experience prompted the builder to bring the contractor and CCA together before the next project to talk through critical foundation-to-framing issues. The outcome? No more critical foundation errors. After the meeting, the concrete contractor understood what it meant to “do a good job” and was motivated to do so.

The takeaway here is if you are facing issues with another subcontractor, whether it’s the foundation or the plumbing, it’s critical to get the builder/GC involved and explain why it’s in their best interest to facilitate more upfront communication between the trades so everyone better understand what it means to do a good job.